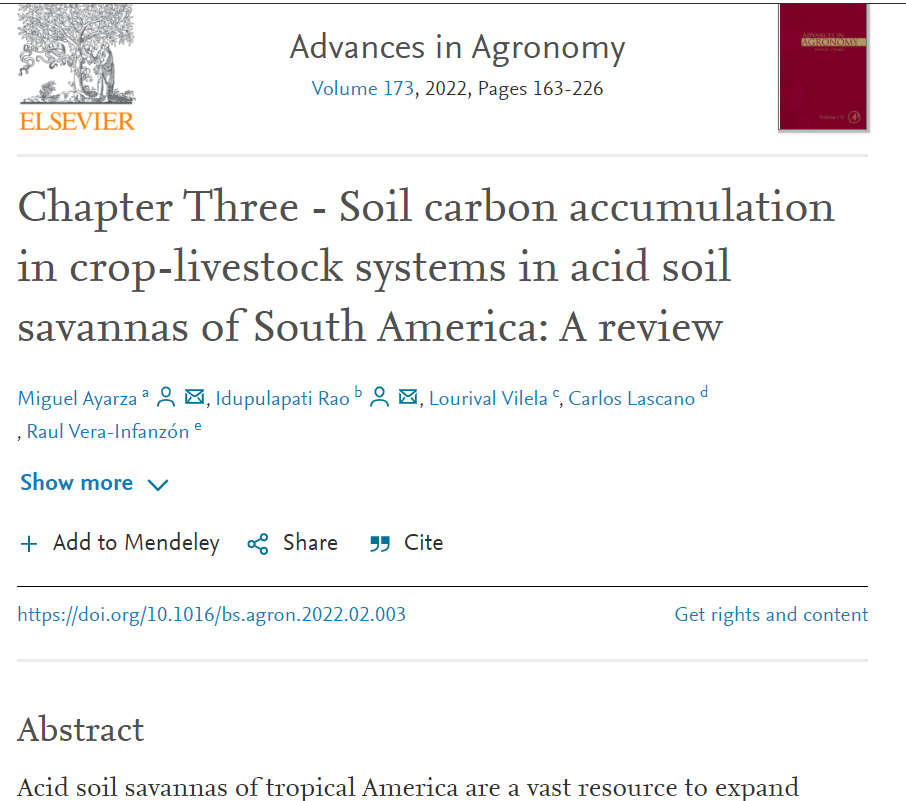 Acid soil savannas of tropical America are a vast resource to expand agricultural production, alleviate the pressure on tropical rainforest and reduce greenhouse gas (GHG) emissions. During the past three decades there have been major changes in land use in the Cerrados of Brazil and to a lesser extent in the Llanos of Colombia. Monocropping and improved pasture grasses were adopted widely to boost crop and animal production. Various types of integrated crop-livestock systems and no-till cropping systems were introduced to not only recuperate degraded pastures but also to sustain crop and livestock productivity. Several studies showed that well-managed pastures based on deep rooted tropical forage grass and legume species could accumulate significant amounts of soil organic carbon (SOC) in deeper soil layers. Among the number of factors that influence SOC accumulation, deep rooting ability of grasses and high root turnover seem to play a major role in accumulation of SOC in deeper soil layers in the form of particulate organic carbon (POC) and mineral associated organic carbon (MAOC). This review provides insights toward some key approaches and management options to increase both POC and MAOC accumulation and particularly MAOC accumulation in deeper soil layers in crop-livestock systems. There are some important gaps in our knowledge, particularly regarding the influence of length of pasture phase on MAOC accumulation in deeper soil layers from crop-livestock systems. Finally, we highlight the importance of land use policies and suggest some future research priorities for consideration to increase benefits from the use of integrated crop-livestock systems in acid soil savannas.