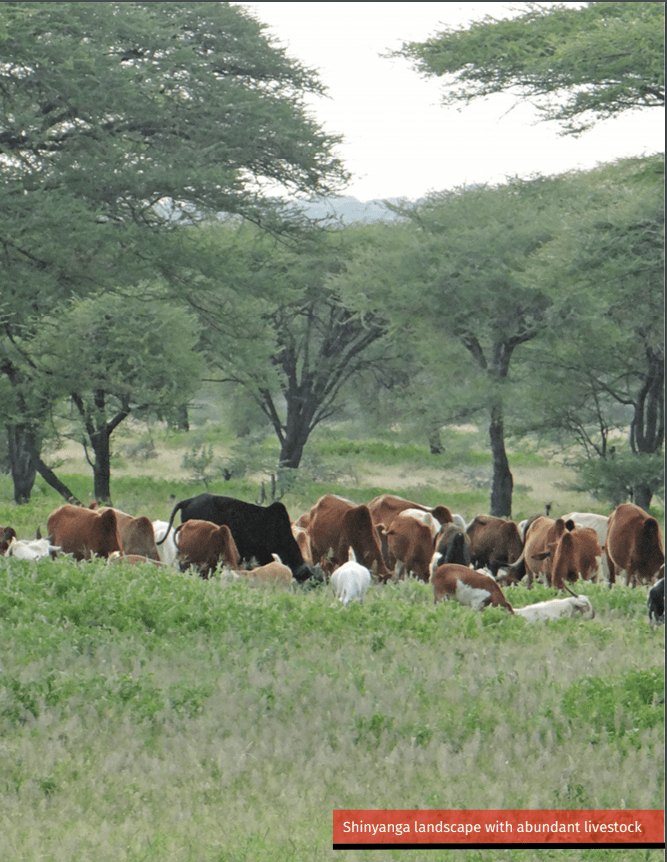 The Shinyanga region, a wide semiarid zone receiving an annual rainfall of 600-800 mm, is located in the Northern part of Tanzania1. Almost two-thirds of the land in the region is used for agriculture and around 24% serves as grazing area. The vegetation of the area is characterized as extensive Acacia and Miombo woodlands that were estimated to cover around 15% of the region’s land. The majority of the society residing in this area are agropastoralists (dominantly the Wasukuma people) with livestock rearing being among the major economic activity.