Sensory and physicochemical profiling of traditional and enriched gari in Benin 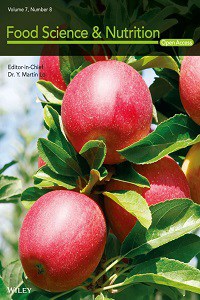 Sensory and physicochemical profiling of traditional and enriched gari in Benin
Adinsi, Laurent; Akissoé, Noël; Escobar, Andres; Prin, Laure; Kougblenou, Nadège; Dufour, Dominique; Hounhouigan, Djidjoho J.; Fliedel, Geneviève
Gari is a roasted fermented granular product made from cassava in many African countries. It is consumed raw, or added with water, or cooked into a paste. Up to now, gari enriched with palm oil and/or soybean is not available on Beninese markets. To our knowledge, no sensory profiling using appropriate methodology has been conducted on gari in Benin. The sensory studies on gari in Benin and other African countries only included general descriptors (appearance, taste, odor). The aim of our study was to establish a detailed sensory and physicochemical profile of nine traditional and three enriched gari made using different processes in Benin. Fifteen sensory descriptors of raw gari, and gari added with water, were generated and scored using quantitative descriptive analysis. The enriched gari differed from traditional gari mainly in color and odor, while their swelling capacity, texture during chewing, and light sour taste were similar. Marked variability in particle size, particle heterogeneity, water absorption, and sour taste was found among traditional gari. The physicochemical characteristics, such as degree of starch gelatinization, L‐lactic acid, and β‐carotene contents, were highly variable among the 12 gari. Multifactor analysis revealed highly significant correlations between some physicochemical and sensory properties. The addition of soybean and/or palm oil did not affect most of the sensory properties of the traditional gari. The acceptability of these enriched gari with higher nutritive value by Beninese consumers should be tested to develop marketing strategies.