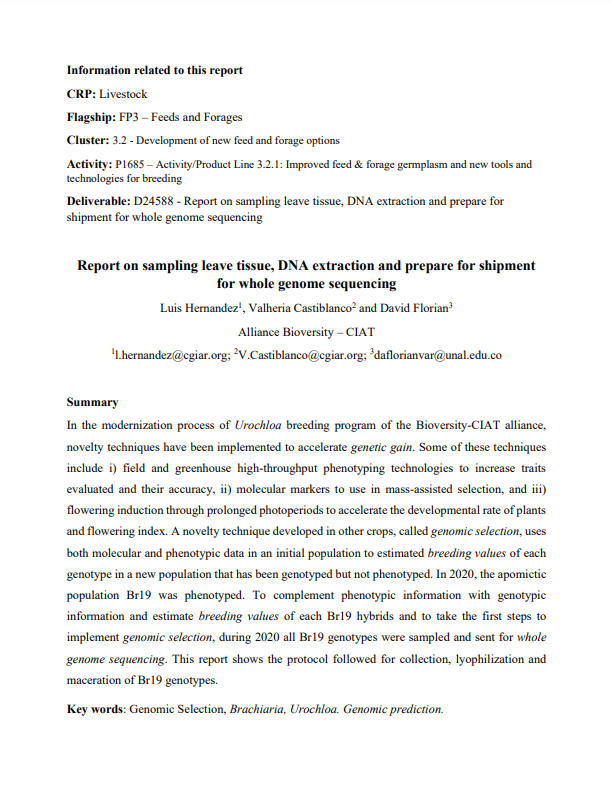 In the modernization process of Urochloa breeding program of the Bioversity-CIAT alliance, novelty techniques have been implemented to accelerate genetic gain. Some of these techniques include i) field and greenhouse high-throughput phenotyping technologies to increase traits evaluated and their accuracy, ii) molecular markers to use in mass-assisted selection, and iii) flowering induction through prolonged photoperiods to accelerate the developmental rate of plants and flowering index.

A novelty technique developed in other crops, called genomic selection, uses both molecular and phenotypic data in an initial population to estimated breeding values of each genotype in a new population that has been genotyped but not phenotyped.

In 2020, the apomictic population Br19 was phenotyped. To complement phenotypic information with genotypic information and estimate breeding values of each Br19 hybrids and to take the first steps to implement genomic selection, during 2020 all Br19 genotypes were sampled and sent for whole genome sequencing. This report shows the protocol followed for collection, lyophilization and maceration of Br19 genotypes.