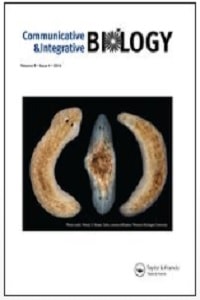 Reproductive biology in cassava: stigma receptivity and pollen tube growth
Ramos Abril, Lisette Natalia; Pineda, Marcela; Wasek, I.; Wedzony, M.; Ceballos, Hernan
Knowledge on the reproductive biology of cassava, relevant to breeders and molecular geneticists, is still limited. Therefore, different studies were carried out to determine the duration of stigma receptivity and the rate of pollen tube growth. Inflorescences were covered for up to 3 days after the first opening of the bracts (e.g. anthesis day) to prevent open pollination. Results indicate that fruit and seed set are drastically reduced when flowers were covered for 2 or 3 days. However, fruits and seeds were obtained even from flowers that had been covered for 3 days after anthesis, although at low frequency. The rate of pollen tube growth was assessed in many combinations of female and male progenitors crossed through controlled pollinations and collecting the pistils at varying hours after pollination (HAP). Pollen tube growth is fast during the first 6 HAP reaching the tip of the nucellar beak. The growth slows down thereafter, taking 10 additional hours to reach the end of the beak. The growth of pollen tubes slows down even further until they enter the embryo sac. Only 10% of samples showed pollen tubes entering the embryo sac between 48 and 66 HAP. Although several tubes may reach the nucellar beak, only one was observed entering the embryo sac. Results, across the different experiments, were highly variable suggesting that the timeline of fertilization is influenced both by genotypic and environmental factors as well as the manual manipulation of inflorescences and cyathia.