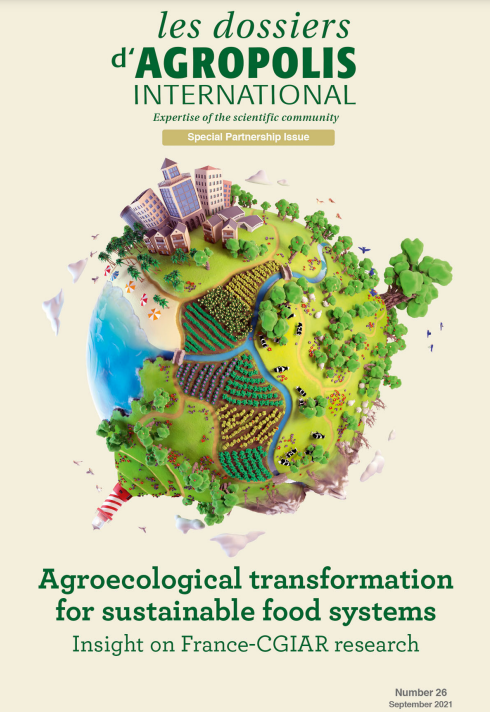 Agricultural production in Southeast Asia continues to rely on massive use of pesticides and mineral fertilizers, which are readily available at low cost in the region. However, these intensive management practices have resulted in a dramatic reduction in soil biodiversity, leading to a decrease in soil health, and an increase in dependence on chemical inputs to maintain crop productivity.

Soil organisms, including micro- and macrofauna as well as microbial communities, play key roles in supporting soil health and ecosystem services, such as soil porosity and aggregation, nutrient cycling and crop protection against pests and diseases. Recent initiatives are promoting agroecological practices to mitigate collateral effects of intensive agriculture on soil health.

For instance, the effects of introducing legumes in intercropping systems were assessed in the framework of the Towards an Agroecological Transition in South East Asia (ACTAE) project funded by the French Development Agency (AFD). In Yen Bai province, a mountainous region in Northern Vietnam where cassava (Manihot esculenta) monocropping systems dominate, the introduction of cowpea (Vigna unguiculata L.) as an intercrop positively impacted soil biodiversity, even after a single growing season.

Intercropped plots showed a higher abundance of microfauna, as compared to monocropped areas. Intercropping also resulted in an up to 100% increase in soil macrofauna richness, diversity and evenness indices. Highthroughput sequencing analysis of the microbial community revealed a significant increase in bacterial community richness, while other indices were not affected (diversity, evenness). Fungal communities were not impacted by the introduction of cowpea, suggesting that changes in fungal communities may occur over a longer period. These results highlighted the high potential of promoting agroecological practices, such as legume intercropping systems, in restoring and maintaining soil biodiversity in very fragile ecosystems such as the mountainous regions of Vietnam.