The population of Fusarium oxysporum f. sp. cubense in Brazil is not structured by VCG or by geographic origin 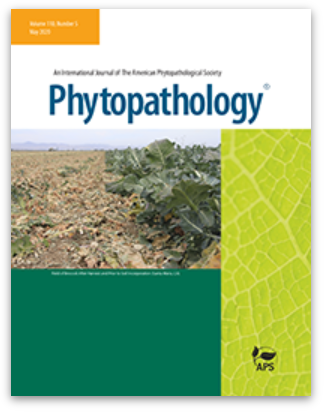 Fusarium wilt, caused by the soilborne fungus Fusarium oxysporum f. sp. cubense (Foc), is considered one of the most destructive diseases of bananas in Brazil.

In this study, a collection of 194 monosporic isolates from several banana-producing regions located in different climatic zones along a south-to-north transect in Brazil was formed to assess the genetic structure of the population of Foc. The isolates underwent pathogenicity tests, PCR diagnosis for the detection of tropical race 4, and screening of SIX homolog genes that produce putative effector proteins.

The vegetative compatibility group (VCG) of 119 isolates was determined by pairing against 17 internationally known VCG-tester strains. A group of 158 isolates was selected for simple sequence repeat (SSR) genotyping. There was moderate diversity of Foc in Brazil. Eight VCGs were identified: 0120, 0122, 0124, 0125, 0128, 01215, 01220, and 01222, of which 78% of isolates belong to a single VCG, whereas 22% of isolates are assigned to multiple VCGs, belonging to complexes of VCGs. The distribution of VCGs is uneven and independent of the banana genotype. The isolates of a VCG shared a similar profile of SIX homologs, but there was no association with geographic region. Four SSR loci were polymorphic, and, on average, 7.5 alleles were detected per locus. Thirty-five multilocus genotypes (MLGs) were identified. There was no association between VCG and MLGs, and no genetic structure of the population of Foc in Brazil was detected.