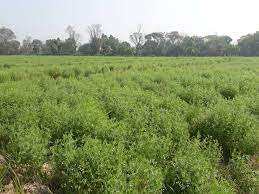 Send to all affiliates
Off

The advent of improved lentil varieties (ILVs) in the mid-1990s solved the disease problem
which almost halted lentil production in Bangladesh. Levels of adoption of ILVs have been
documented in the literature, but little is known about their impacts. Applying an instrumental
variables regression to data collected from a sample of 1,694 lentil plots and DNA fingerprinting for varietal identification, this study provides estimates of the plot-level impacts of
adoption of ILVs in Bangladesh. Model results show that adoption of ILVs is associated with
14.3% (181.14 kg/ha) higher yields and 17.23% (US$169.44/ha) higher gross margins.
Since 45% of lentil area is under ILVs, they generated over 8.77 tones (6%) more supply of
lentils from domestic sources, saving the country US$8.22 million in imports in 2015 alone.
By investing in the generation and scaling of ILVs, Bangladesh and other South Asian countries with similar agro-ecologies can increase production and decrease dependency on lentil
imports.