Phaseolus beans (Leguminosae, Phaseoleae): a checklist and notes on their taxonomy and ecology 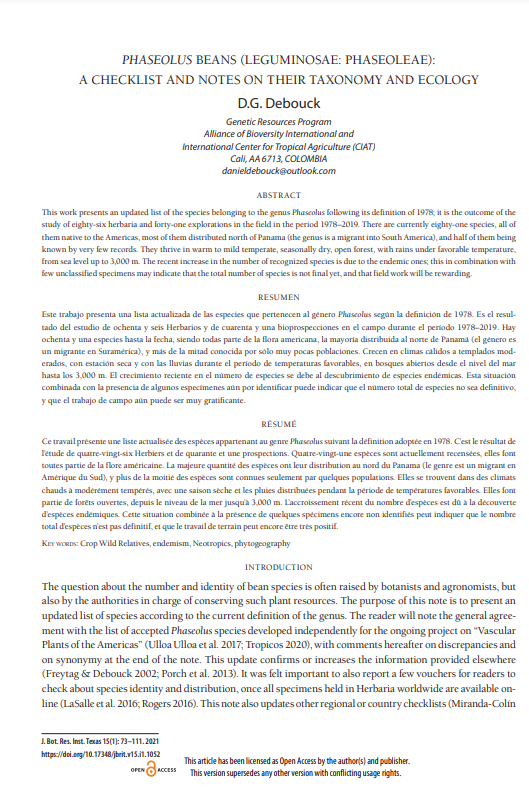 This work presents an updated list of the species belonging to the genus Phaseolus following its definition of 1978; it is the outcome of the study of eighty-six herbaria and forty-one explorations in the field in the period 1978–2019. There are currently eighty-one species, all of them native to the Americas, most of them distributed north of Panama (the genus is a migrant into South America), and half of them being known by very few records. They thrive in warm to mild temperate, seasonally dry, open forest, with rains under favorable temperature, from sea level up to 3,000 m. The recent increase in the number of recognized species is due to the endemic ones; this in combination with few unclassified specimens may indicate that the total number of species is not final yet, and that field work will be rewarding.