The pangenome of banana highlights differences between genera and genomes 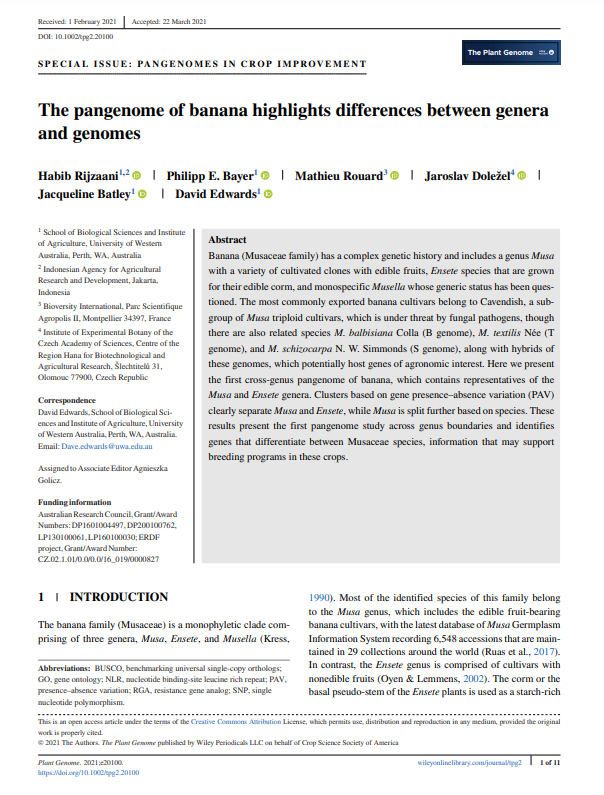 Banana (Musaceae family) has a complex genetic history and includes a genus Musa with a variety of cultivated clones with edible fruits, Ensete species that are grown for their edible corm, and monospecific Musella whose generic status has been questioned. The most commonly exported banana cultivars belong to Cavendish, a subgroup of Musa triploid cultivars, which is under threat by fungal pathogens, though there are also related species M. balbisiana Colla (B genome), M. textilis Née (T genome), and M. schizocarpa N. W. Simmonds (S genome), along with hybrids of these genomes, which potentially host genes of agronomic interest. Here we present the first cross-genus pangenome of banana, which contains representatives of the Musa and Ensete genera. Clusters based on gene presence–absence variation (PAV) clearly separate Musa and Ensete, while Musa is split further based on species. These results present the first pangenome study across genus boundaries and identifies genes that differentiate between Musaceae species, information that may support breeding programs in these crops.