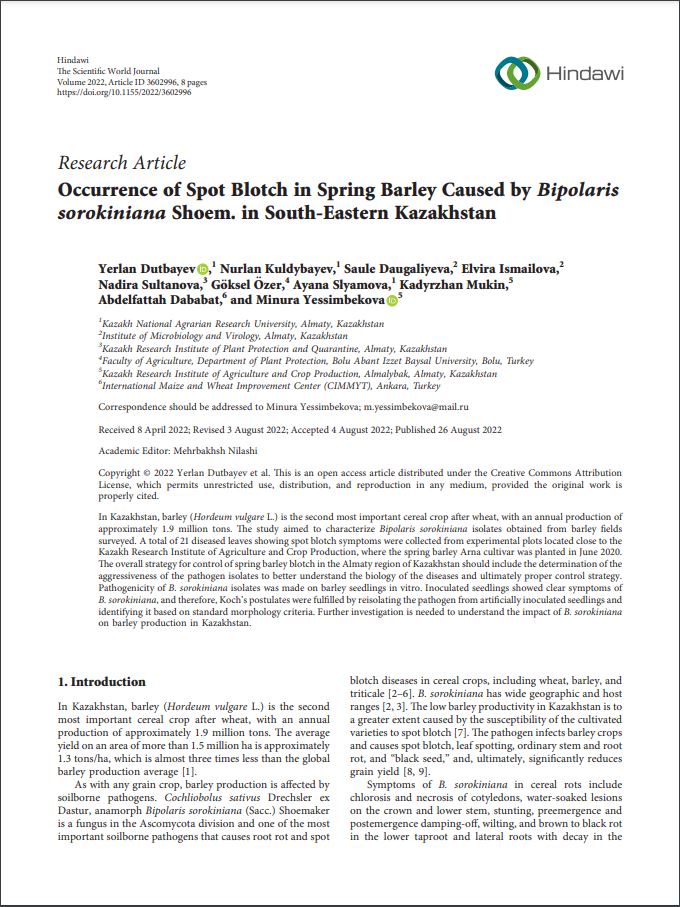 In Kazakhstan, barley (Hordeum vulgare L.) is the second most important cereal crop after wheat, with an annual production of approximately 1.9 million tons. The study aimed to characterize Bipolaris sorokiniana isolates obtained from barley fields surveyed. A total of 21 diseased leaves showing spot blotch symptoms were collected from experimental plots located close to the Kazakh Research Institute of Agriculture and Crop Production, where the spring barley Arna cultivar was planted in June 2020. The overall strategy for control of spring barley blotch in the Almaty region of Kazakhstan should include the determination of the aggressiveness of the pathogen isolates to better understand the biology of the diseases and ultimately proper control strategy. Pathogenicity of B. sorokiniana isolates was made on barley seedlings in vitro. Inoculated seedlings showed clear symptoms of B. sorokiniana, and therefore, Koch’s postulates were fulfilled by reisolating the pathogen from artificially inoculated seedlings and identifying it based on standard morphology criteria. Further investigation is needed to understand the impact of B. sorokiniana on barley production in Kazakhstan.