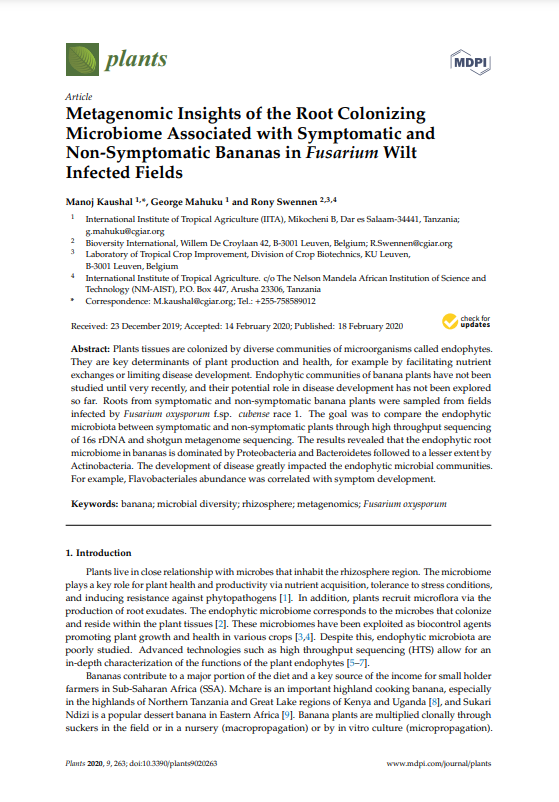 Plants tissues are colonized by diverse communities of microorganisms called endophytes. They are key determinants of plant production and health, for example by facilitating nutrient exchanges or limiting disease development. Endophytic communities of banana plants have not been studied until very recently, and their potential role in disease development has not been explored so far. Roots from symptomatic and non-symptomatic banana plants were sampled from fields infected by Fusarium oxysporum f.sp. cubense race 1. The goal was to compare the endophytic microbiota between symptomatic and non-symptomatic plants through high throughput sequencing of 16s rDNA and shotgun metagenome sequencing. The results revealed that the endophytic root microbiome in bananas is dominated by Proteobacteria and Bacteroidetes followed to a lesser extent by Actinobacteria. The development of disease greatly impacted the endophytic microbial communities. For example, Flavobacteriales abundance was correlated with symptom development.