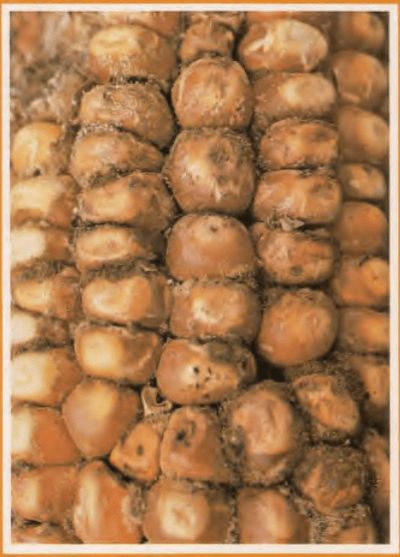 This booklet is designed as a quick guide for identifying maize diseases. It is intended for field use by agricultural technicians and maize producers. The text provides a brief description of some of the principal maize diseases, their causal agents, and their symptoms. Color photos of diseased plants are included as an aid to visual identification. The three major disease classifications are described according to causal agents: (1) fungi, (2) bacteria, and (3) viruses. Diseases included were selected on the basis of their potential for economic damage in maize-growing countries throughout the world. In this second edition, some area-specific diseases have