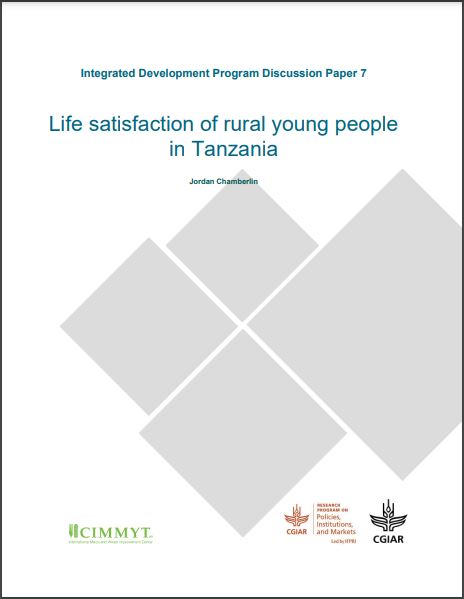 The stylized narrative of an exodus of young people from rural areas in Africa implicates stagnant rural areas with limited economic prospects as the key push factor. Using nationally representative survey data from Tanzania, we explore patterns in self-reported satisfaction with various aspects of life. Lending some support to the stylized narrative around disaffected rural youth, we find that rural young people are neither strongly dissatisfied nor strongly satisfied with their lives. However, young people are notably less dissatisfied than older people, in both rural and urban areas, and in all domains of satisfaction measured. We also find that women are less dissatisfied than men. While there is evidence that people in less remote areas are slightly more satisfied with life than those in more remote rural areas, this is not a strong relationship. Furthermore, young people are markedly less satisfied in urban areas as compared with rural areas. After controlling for observable factors, we find that young people’s life satisfaction is strongly conditioned by their household’s level of consumption expenditures, as well as their familial context, and direct experience of crime. While some of these factors have strong spatial expressions, they map onto rural remoteness in different ways: while consumption expenditure tends to increase with population density, for example, so does the likelihood of experiencing crime. After controlling for individual and household-level characteristics, the residual effect of remoteness on life satisfaction is largely attenuated, although this residual effect is more pronounced for young people than older people, in line with the stylized narrative. We also find evidence that young individuals expressing lower levels of life satisfaction are more likely to migrate from their households to other locations. Our results provide a more nuanced update to the stylized picture of life satisfaction of young rural people in sub-Saharan Africa.