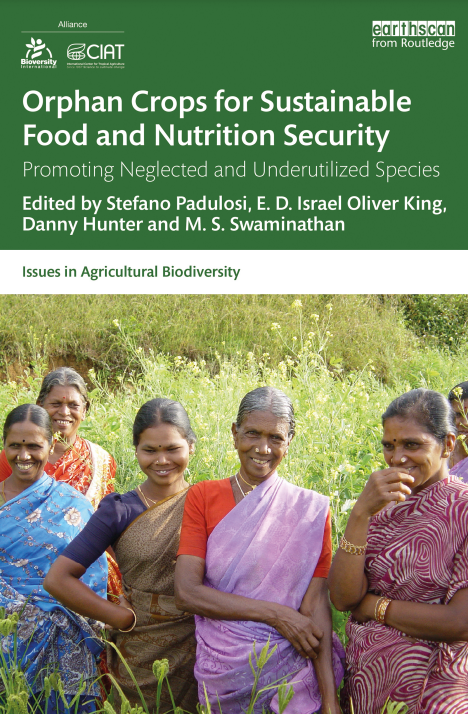 The beginning of what we may call “the NUS movement” can be traced back to the late 1980s, when the influence of the Green Revolution in shaping agricultural development was still very strong. Not surprisingly, until the early 2000s, the neglected and underutilized species (NUS) narrative was still very limited and NUS were receiving hardly any attention from research agencies, media and donors. In the two decades before that, major actors in carrying out NUS research were The International Plant Genetic Resources Institute (IPGRI- now the Alliance of Bioversity International and CIAT) and the International Centre for Underutilised Crops (ICUC), international agencies that focused initially mostly on the documentation and conservation of the genetic diversity of NUS.

Encouraging results from initial NUS projects in the mid-1990s helped attract funds from a number of donors and some important projects of wider international scope were able to be pursued. These efforts created an opportunity to develop strategic approaches, methods, and tools for the use enhancement of NUS, through the focus on pilot species (e.g., minor millets, Andean grains, African leafy vegetables, etc.). Current interest in NUS is the result of a number of factors, among which are the greater awareness of the role played by more diverse diets in bettering peoples’ lives, and the realization that diversification in crop production systems is urgently needed in order to fight the pervasive effects of climate change.

Other reasons behind this favourable moment for NUS include calls for producing and consuming locally as a way to reduce agriculture’s carbon footprint, greater attention paid to safeguarding traditional crops and associated practices including food recipes to safeguard our own cultures, the need to turn abandoned marginalized land into productive areas, and the pursuit of opportunities that would help raise the incomes of women, youth and other vulnerable members of society. This chapter offers an account of relevant events and a list of major publications that, in our opinion, have been nurturing the “NUS movement” to date, in some cases playing a pivotal role for NUS use enhancement at both the national and international levels.