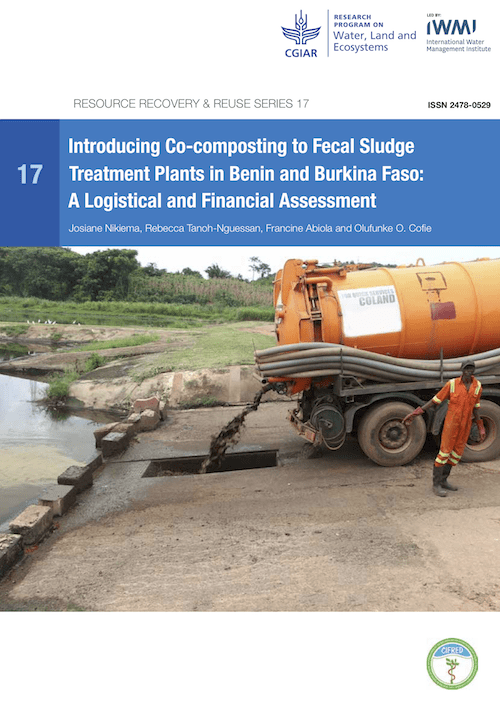 Based on primary data from fecal sludge (FS) treatment plants in three West African urban regions (Ouagadougou in Burkina Faso, Greater Accra in Ghana, and Grand Nokoué in Benin), FS collection and treatment patterns were analyzed to identify possible scenarios for resource recovery (RR) through FS co-composting. FS collection was analyzed for up to 7 years, in part per day, month and season, as well as FS characteristics to understand peak flows, FS qualities and related variations to plan for appropriate RR technology and capacities. Overall, the FS volumes collected by vacuum trucks were not significantly affected by the calendar days, months or seasons. Commonly assumed increases during rainy months were, for example, only recorded in Ouagadougou. FS composition appeared highly variable with a pronounced difference in total solids between FS collected from households versus institutional sources, likely indicating that institutions are served more frequently. The analyzed treatment plants appear to be exploited beyond their capacity. RR for reuse can turn sludge disposal from a cost into a source of revenue with co-benefits for farmers and the environment, thereby reducing the pressure on tipping fees. The probability of the added co-compost production being financially viable on its own was estimated for all the study sites, indicating an earliest breakeven point after 5 to 8 years.