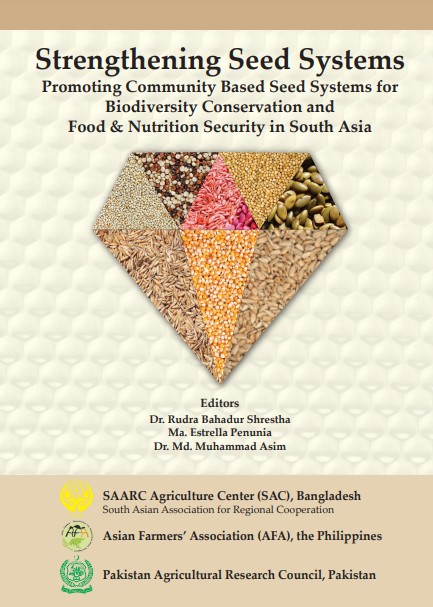 An efficient seed system is necessary to make agribusiness profitable and to improve food and nutrition security. Existing seed systems have been analyzed and possible strategies are suggested in this paper. There are three types of seed systems (informal, non-formal and formal) based on breeding and legal status, and five types based on key players in Nepal.

Right quality is the major feature of formal seed system. Involvement of over 2,500 seed dealers
including farming communities and 25 different tools and R&D organizations have made seed systems effective for smallholders.

After few years of the variety’s release or registration, seed of such varieties (which is under the formal seed system for few years) are integrated under informal seed system. The Informal seed system needs to strengthen and it should be included in education and research systems. Farmers prefer to save their own seeds from their farm, therefore, breeding varieties with such potentiality through CBSS may be good strategy for increased and assured quality seeds to smallholders.