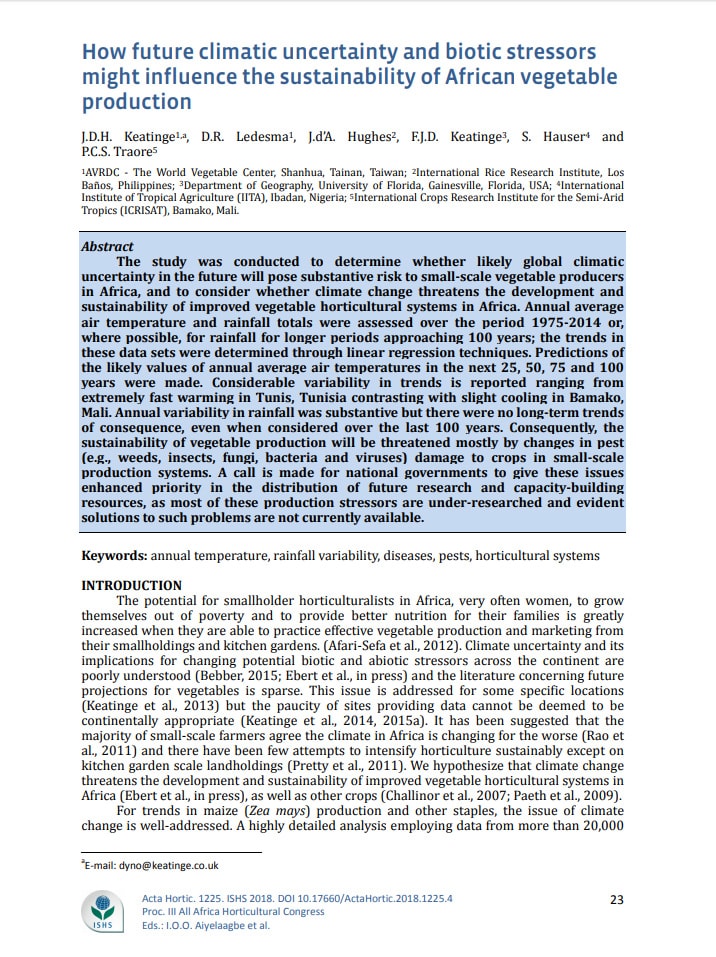 The study was conducted to determine whether likely global climatic uncertainty in the future will pose substantive risk to small-scale vegetable producers in Africa, and to consider whether climate change threatens the development and sustainability of improved vegetable horticultural systems in Africa. Annual average air temperature and rainfall totals were assessed over the period 1975-2014 or, where possible, for rainfall for longer periods approaching 100 years; the trends in these data sets were determined through linear regression techniques. Predictions of the likely values of annual average air temperatures in the next 25, 50, 75 and 100 years were made. Considerable variability in trends is reported ranging from extremely fast warming in Tunis, Tunisia contrasting with slight cooling in Bamako, Mali. Annual variability in rainfall was substantive but there were no long-term trends of consequence, even when considered over the last 100 years. Consequently, the sustainability of vegetable production will be threatened mostly by changes in pest (e.g., weeds, insects, fungi, bacteria and viruses) damage to crops in small-scale production systems. A call is made for national governments to give these issues enhanced priority in the distribution of future research and capacity-building resources, as most of these production stressors are under-researched and evident solutions to such problems are not currently available.