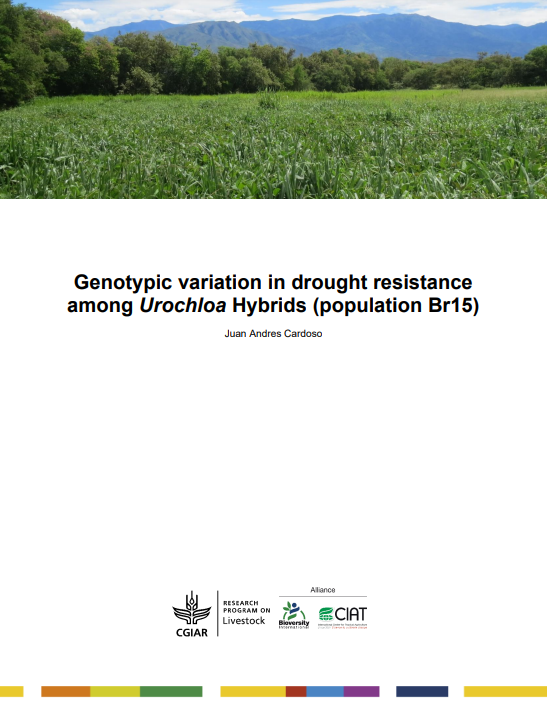 Due to improvements in off-the-shelf imaging sensors and image analyses, routine estimation of visible total root length and deep rooting (root length at depth below 60cm of soil surface) is now a reality (Cardoso and Rao, 2019). However, such estimations are not straightforward. Maximum rooting depth (i.e., length of the longest visible root) holds promise for its use as a proxy for deep rooting. The following work aimed to evaluate the variation in dry mass, water uptake, maximum rooting depth, deep rooting and total root length of 84 hybrids of Urochloa hybrids after three weeks of growth under well-watered and water-limiting conditions. We hypothesized that hybrids with larger and deeper roots systems could extract more water in drying soil which in turn is reflected in greater shoot dry mass production.

We also hypothesized that maximum rooting depth could be used as a surrogate measurement of deep rooting. Pearson correlation, simple and multiple linear regressions were calculated to test the relationship between individual and combination of root traits upon shoot biomass. Broad sense heritability was calculated for each trait and watering to test their relevance and suitability for screening purposes.