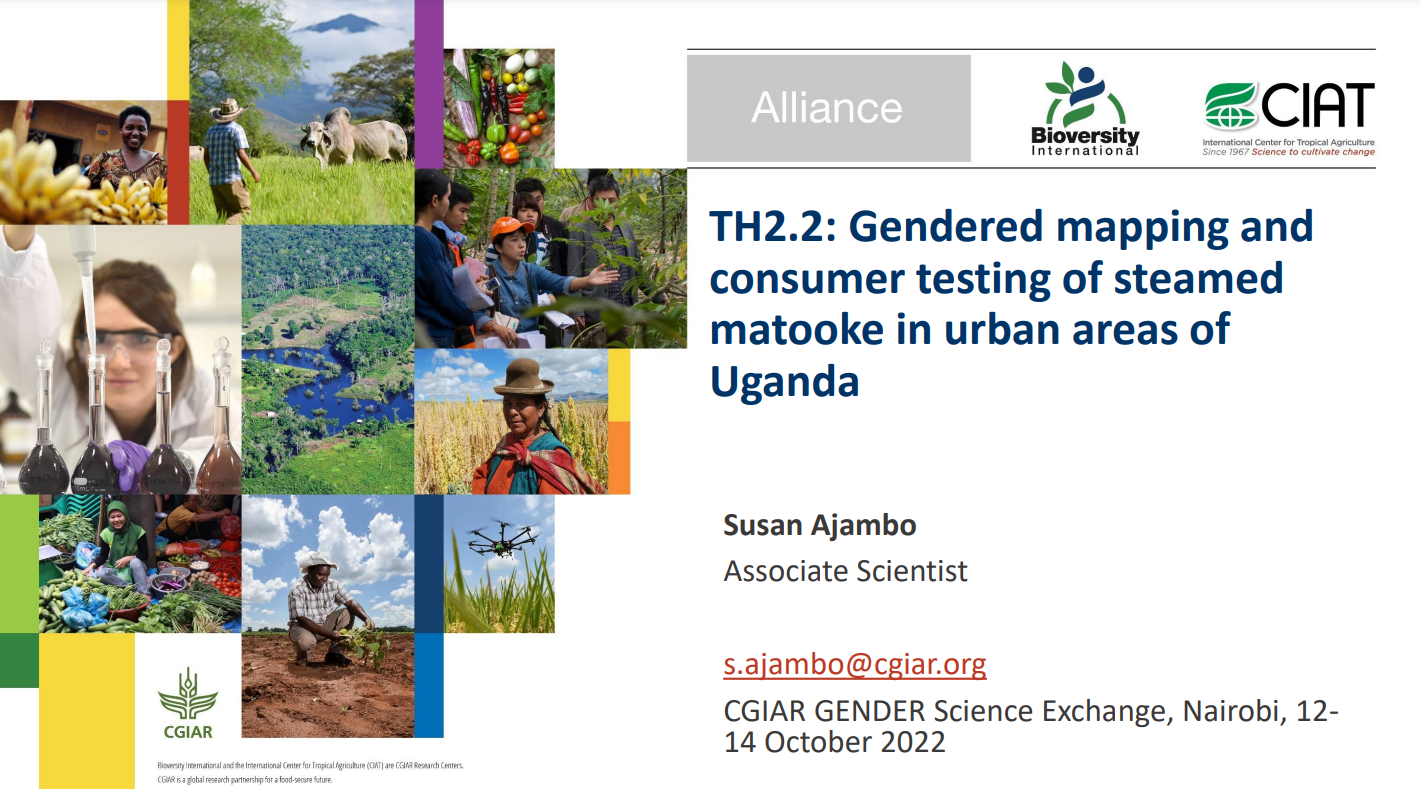 This paper explores the attributes of steamed matooke that are (un)desirable for urban consumers in Uganda by gender, age, and income status. A gendered food mapping involving the use of Focus Group Discussions (FGDs) and Individual Interviews (IDIs) was conducted, followed by a consumer test with 381 consumers where four steamed matooke samples/cultivars were evaluated namely, Nakitembe, Kibuzi, Ntika and Mpologoma. Of the cultivars assessed Kibuzi was most preferred during the FGDs and had the highest mean overall liking in the consumer test (7.2). Ntika was least preferred (5.9). However, differences were observed among income classes and gender groups (sex and age). High- and low-income consumers gravitate towards Kibuzi while for the middle income it was Mpologoma. The females (adult and youth) showed more preference for Mpologoma while the males liked Nakitembe more. The mapping of sensory characteristics showed that the key drivers of overall liking were a yellow color; a nice aroma; attractive looking; sweet (delicious, not sweet like sugar); Homogeneous (one color); good taste and soft. Matooke taste proved a key determinant for the preference of steamed Kibuzi over the other varieties. It is important to undertake a sensory quantitative descriptive analysis and physio-chemical characterization of this attribute, to guide breeding efforts geared towards improving sensory acceptability of matooke cultivars. Differences were observed in preference among different income and gender categories and breeders need to package products based on the preferences of the various socio-demographic segments, including by gender and income class groupings to enhance new cultivar adoption.