The role of gender and institutional dynamics in adapting seed systems to climate change: case studies from Kenya, Tanzania and Uganda 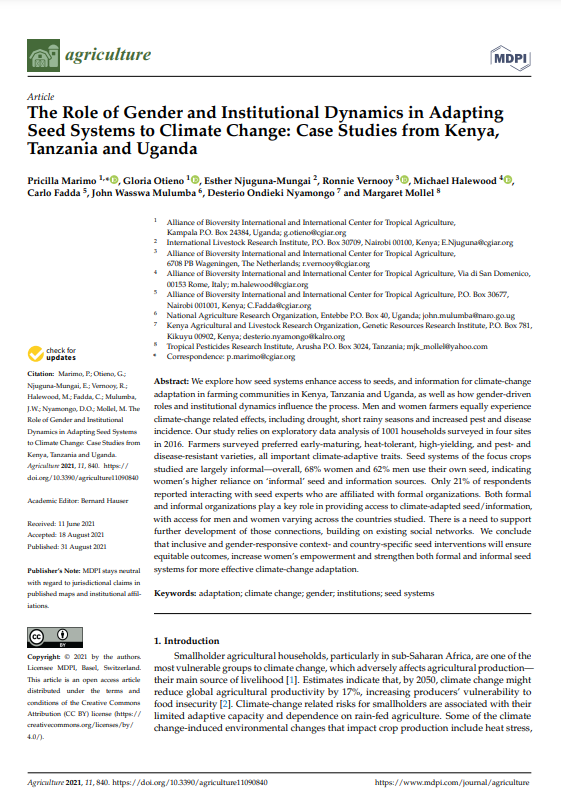 We explore how seed systems enhance access to seeds, and information for climate-change adaptation in farming communities in Kenya, Tanzania and Uganda, as well as how gender-driven roles and institutional dynamics influence the process.

Seed systems of the focus crops studied are largely informal—overall, 68% women and 62% men use their own seed, indicating women’s higher reliance on ‘informal’ seed and information sources. Only 21% of respondents reported interacting with seed experts who are affiliated with formal organizations. Both formal and informal organizations play a key role in providing access to climate-adapted seed/information, with access for men and women varying across the countries studied. There is a need to support further development of those connections, building on existing social networks. We conclude that inclusive and gender-responsive context- and country-specific seed interventions will ensure equitable outcomes, increase women’s empowerment and strengthen both formal and informal seed systems for more effective climate-change adaptation.