Gender inclusivity through maize breeding: a review of the issues and options for future engagement 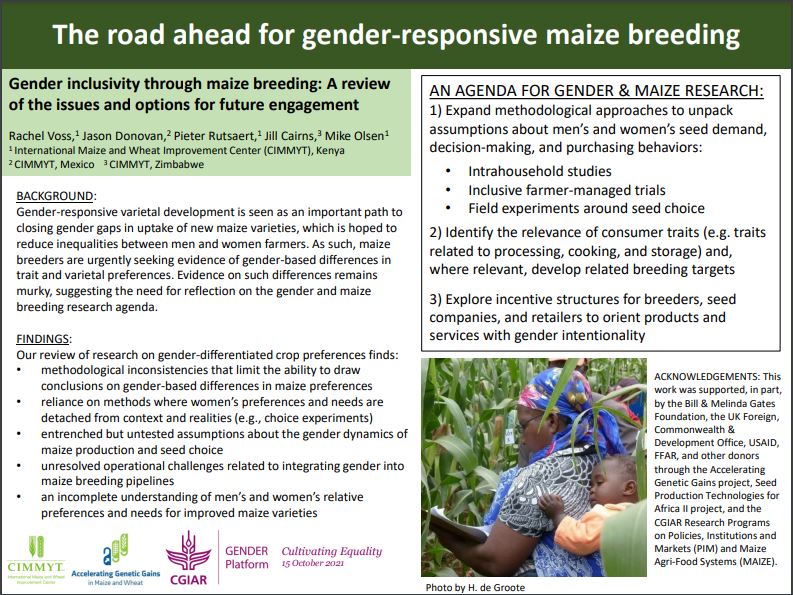 Gender-responsive varietal development is seen as an important path to closing gender gaps in uptake of new maize varieties, which is hoped to reduce inequalities between men and women farmers. As such, maize breeders are urgently seeking evidence of gender-based differences in trait and varietal preferences. Evidence on such differences remains murky, suggesting the need for reflection on the gender and maize breeding research agenda.