Gender analysis of household seed security : A case of maize and wheat seed systems in Nepal 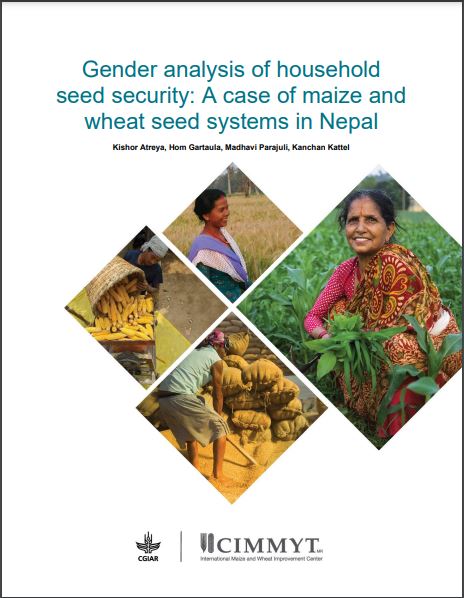 Women’s position and roles in seed systems in Nepal are seldom studied, even though women are believed to have a wealth of knowledge on seed selection and preservation, particularly in the production of maize and wheat, major staple grains in isolated mountain communities. Women’s role in maize and wheat agriculture includes a range of tasks, some critical, but men make major decisions regarding cropping system management, including choice of variety to sow. It is important to explore women’s access to seed amid increasing male out-migration and the associated feminization of agriculture the gendered prejudices and constraints that women farmers and household heads face. Based on the FAO’s household seed security assessment framework, this study documents gender issues in maize and wheat seed systems for 250 households and three castes/ethnicities in two mountain-area municipalities during 2021, with a focus on the availability, suitability, and quality seed, as well as social norms and gender-disaggregated constraints. We found that maize and wheat farmers in the municipalities studied were “seed insecure,” that men still held decision-making power over crop variety choices despite women’s prominent role in maize and wheat seed management and preservation, and that policies in Nepal should promote: (1) improved formal seed systems and strict seed quality standards; (2) informal seed supply chains that are critical for many farmers and particularly when disasters strike; (3) official recognition of women’s role in managing seed; and (4) community-based seed banks in which women may participate and gain agency.