The influence of farmers’ strategies on local practices, knowledge, and varietal diversity of the Safou Tree (Dacryodes edulis) in Western Cameroon 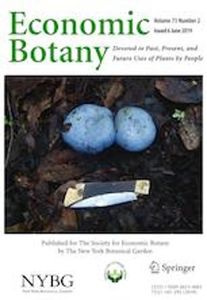 Highly valued for its edible fruits, the safou tree, Dacryodes edulis, is a major component of farming systems in Central Africa. In Cameroon, the species has drawn much attention since the 1990s because of its market potential. Among other fruit tree species, safou trees are integrated within cocoa-coffee agroforests as a means of diversification.

In Western Cameroon, farmers’ strategies for safou production and commercialization are influenced by a gradient of the species’ market integration. Based on semi-structured interviews with farmers and inventories of trees on their farms, this ethnoecological study addresses the relationship between the market integration of production areas, farmers’ agricultural practices, and the distribution of local varieties. Interviews revealed that farmers in high-cultivation areas use more diversified planting techniques, but select and use similar planting material. At the local scale, we found a wide range of varieties, defined according to a combination of selected fruit traits.

Varieties appearing at multiple sites were also the ones with the most desirable sets of characteristics. The agricultural strategies depicted help us to understand the specificities of the ongoing market integration of indigenous species in the tropics.