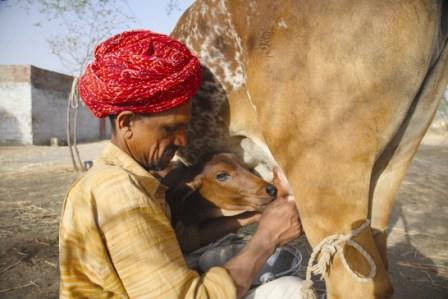 Monitoring of aflatoxin levels in milk is often complicated in developing countries due to the dominance of informal markets channelling milk in raw form. Farmers’ awareness and voluntary participation in aflatoxin mitigation can be critical in such scenarios.

This study was conducted to understand the perceptions of dairy farmers about aflatoxins and link it with aflatoxin mitigation programs on milk in Pakistan.

The results suggest that the current practice of milk monitoring in the country can yield desirable results only if it is coupled with feed certification programs ensuing availability of aflatoxin-safe feeds. Further, awareness can positively impact participation of producers in aflatoxin control programs.

In this regard, awareness about effects of aflatoxins on animal health was found to be a more powerful trigger of voluntary control compared with the awareness of the toxin’s transferability to milk.