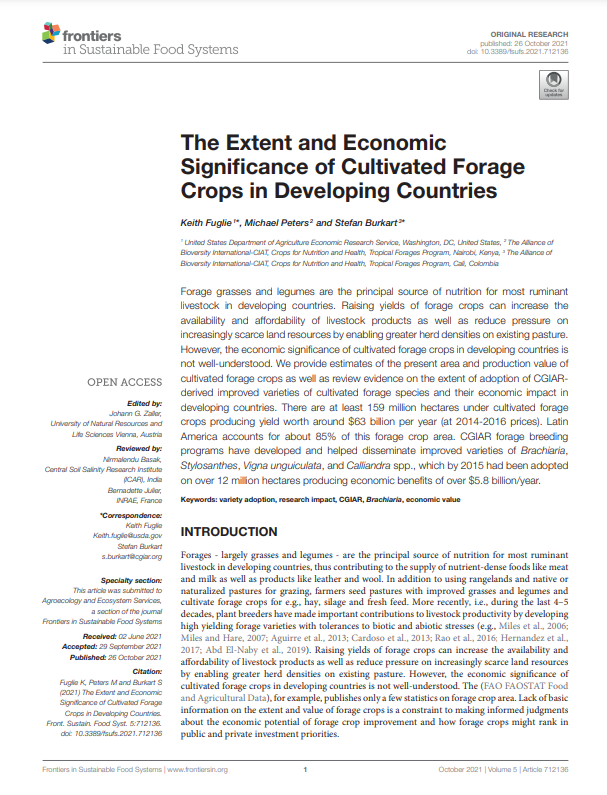 Forage grasses and legumes are the principal source of nutrition for most ruminant livestock in developing countries.

Latin America accounts for about 85% of this forage crop area. CGIAR forage breeding programs have developed and helped disseminate improved varieties of Brachiaria, Stylosanthes, Vigna unguiculata, and Calliandra spp., which by 2015 had been adopted on over 12 million hectares producing economic benefits of over $5.8 billion/year.