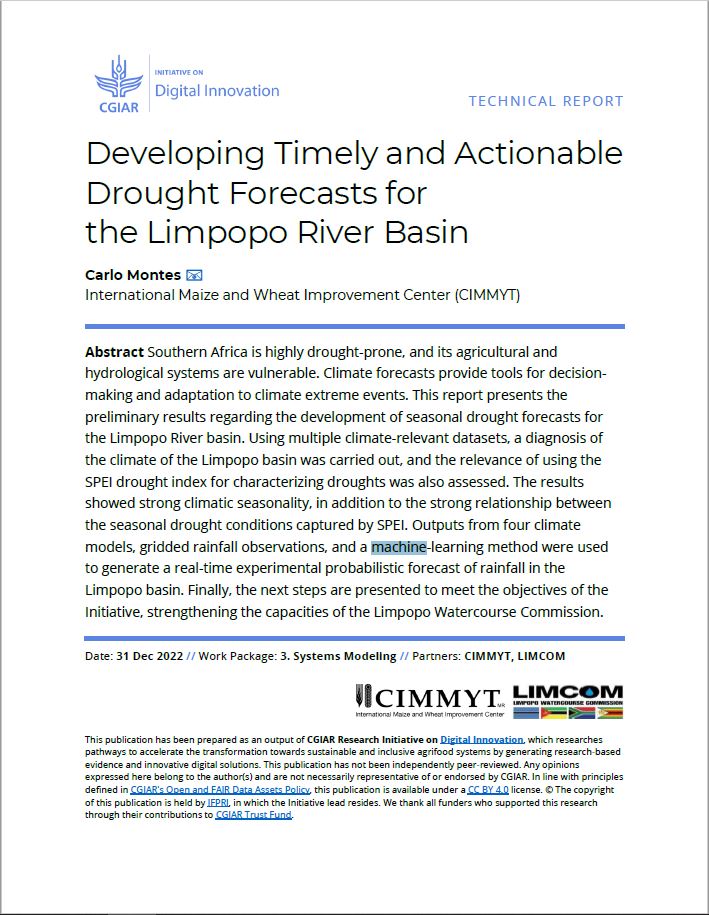 Developing timely and actionable drought forecasts for the Limpopo River Basin
Southern Africa is highly drought-prone, and its agricultural and hydrological systems are vulnerable. Climate forecasts provide tools for decision-making and adaptation to climate extreme events. This report presents the preliminary results regarding the development of seasonal drought forecasts for the Limpopo River basin. Using multiple climate-relevant datasets, a diagnosis of the climate of the Limpopo basin was carried out, and the relevance of using the SPEI drought index for characterizing droughts was also assessed. The results showed strong climatic seasonality, in addition to the strong relationship between the seasonal drought conditions captured by SPEI. Outputs from four climate models, gridded rainfall observations, and a machine-learning method were used to generate a real-time experimental probabilistic forecast of rainfall in the Limpopo basin. Finally, the next steps are presented to meet the objectives of the Initiative, strengthening the capacities of the Limpopo Watercourse Commission.