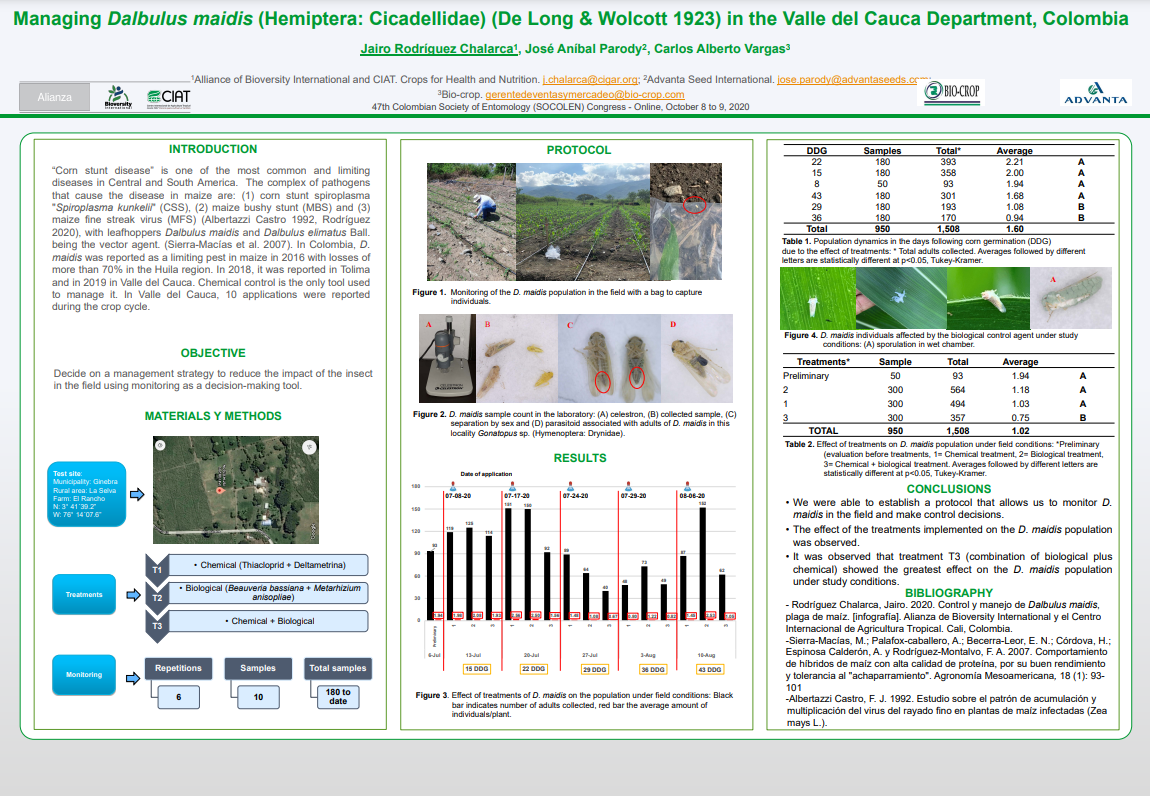 “Corn stunt disease” is one of the most common and limiting diseases in Central and South America. The complex of pathogens that cause the disease in maize are: (1) corn stunt spiroplasma “Spiroplasma kunkelii” (CSS), (2) maize bushy stunt (MBS) and (3) maize fine streak virus (MFS) (Albertazzi Castro 1992, Rodríguez 2020), with leafhoppers Dalbulus maidis and Dalbulus elimatus Ball. being the vector agent. (Sierra-Macías et al. 2007). In Colombia, D. maidis was reported as a limiting pest in maize in 2016 with losses of more than 70% in the Huila region. In 2018, it was reported in Tolima and in 2019 in Valle del Cauca. Chemical control is the only tool used to manage it. In Valle del Cauca, 10 applications were reported during the crop cycle.