Coxiella seroprevalence and risk factors in large ruminants in Bihar and Assam, India 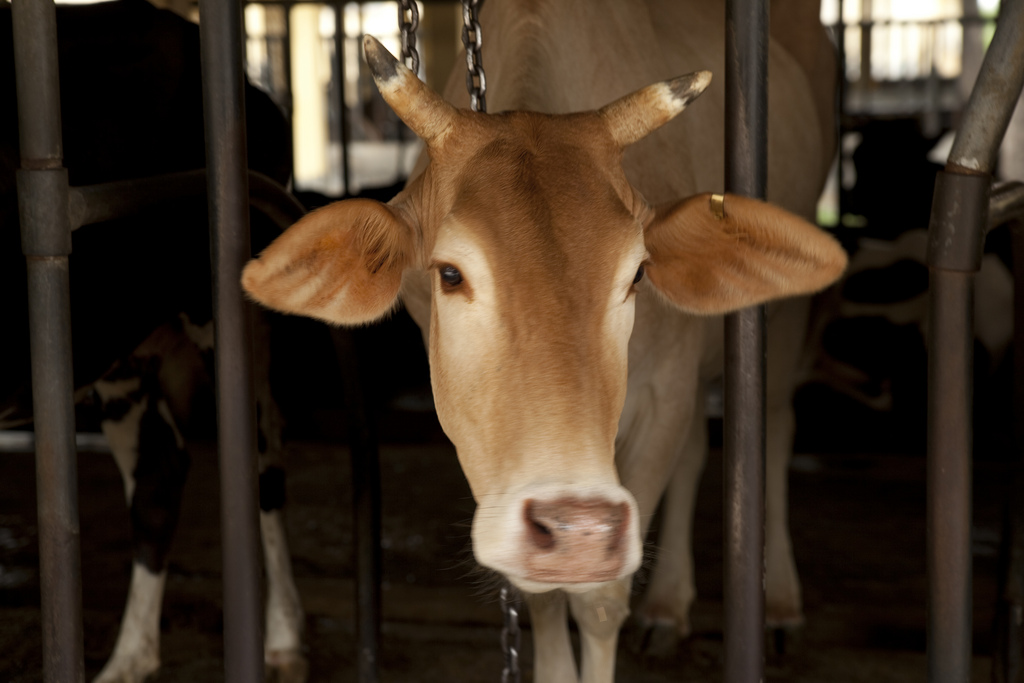 Coxiellosis is a zoonotic disease caused by the ubiquitous bacteria Coxiella burnetii, which can be spread either through ticks or through body fluids. In humans the infection is characterized by a febrile disease; ruminants may abort and reduce their milk yield, causing serious production losses for the farmer. In India, the disease has been known to be present since the 1970s, but little is known about the epidemiology in most states. In this cross-sectional survey in the two states of Assam and Bihar, 520 households were interviewed for risk factors, and serum samples from 744 dairy animals were analyzed using ELISA as well as PCR. Out of the farms, 17.4% had at least one seropositive animal, with significantly higher seroprevalence in Bihar (27.1%) than Assam (5.8%); and significantly more sero-positive farms in urban areas (23.1%) than rural (12.2%). On an individual animal level, 14.1% were seropositive, with higher prevalence among buffaloes than cows (28.0% versus 13.6%). Out of the seropositive animals, 10.6% had aborted during the last three years, and 37.5% had experienced problems with repeat breeding: both higher than in non-seropositive animals. This study indicates that coxiellosis is potentially an important cause of reproductive failures and production losses in dairy animals. The high prevalence, especially in urban areas, is a public health risk. Further research is needed to elucidate the epidemiology and identify mitigation options that could work in the different settings of different Indian states.