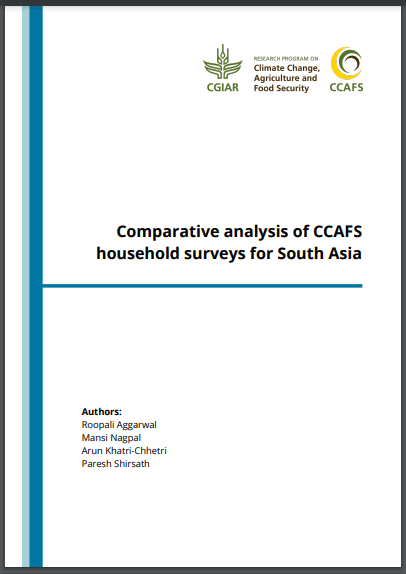 In 2010/2011 and 2019, the CGIAR Research Program on Climate Change, Agriculture and Food Security (CCAFS) conducted baseline and midline household, village and organizational surveys across five regions. In South Asia, the surveys took place in four sites, namely in Karnal and Vaishali districts in India, Bagerhat in Bangladesh and Rupandehi in Nepal. The baseline surveys were administered in 2010/2011 while the midline surveys were conducted in 2019. For the household surveys’ purpose, a longitudinal design was applied with the same 140 households selected from each site interviewed for both the baseline and midline surveys. This report analyzes changes reported in agricultural practices between the baseline household survey and the midline survey.