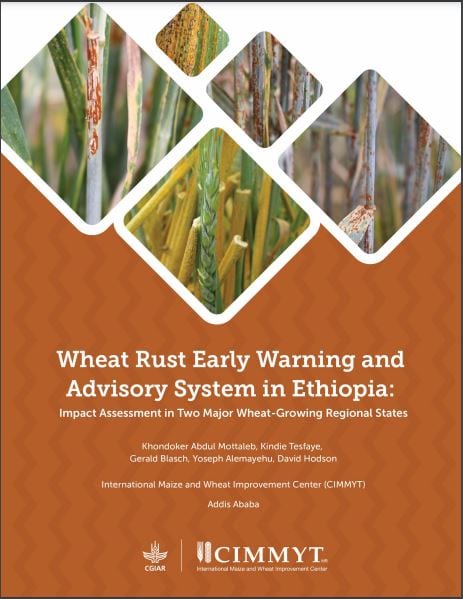 The number of sampled respondents by region and district and the demographic composition of the sampled households are presented in Table 2. A total of 517 (51%) households were interviewed from the Amhara region and 500 (49%) from the Oromia region. The largest number of households interviewed was from the Basoliben district (n=76) of Amhara, and the Gedeb Assosa, Dodola, Agarfa, and Ginir districts (n=75) of Oromia (Table 2). On average, a sampled household was most likely to be headed by a male with an average of 3.1 years of schooling and was composed of more than six members, of which at least nearly three family members were engaged in agriculture (Table 2). The average number of years of schooling of the heads and spouses in the Oromia region was higher than in the Amhara region (Table 2). In our econometric estimation procedure, we included years of schooling of both head and spouse in estimating their opinions on rust and the early warning system, to examine the impacts of these on the decision-making process.