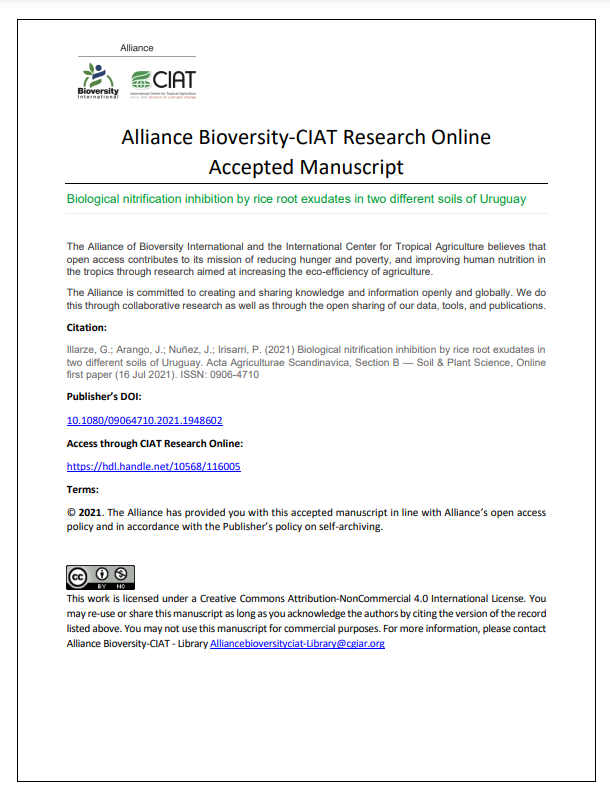 Two temperate paddy soils with different organic matter contents were collected to investigate the impact on nitrification rates of two rice cultivar root exudates, El Paso 144 (O. sativa ssp. indica) and Tacuarí (O. sativa spp. japonica). Root exudates were extracted before the tillering growth stage, and their BNI potential was evaluated in a bioassay with luminescent Nitrosomonas europaea and in a 12-day soil microcosm incubation. While exudates from Tacuarí showed stronger BNI activity in the bioassay, its nitrification inhibition in both soils was similar to that of DCD. El Paso did not show BNI activity in Salto whose organic matter content was higher. The abundance of ammonia oxidisers was not affected by root exudates or DCD, but only ammonia-oxidising bacteria had a significant positive relationship with soil nitrate. Our results demonstrated that although the bioassay showed high BNI activity, its expression in soils varied depending on the rice cultivar and the type of soil, particularly with its organic matter content.