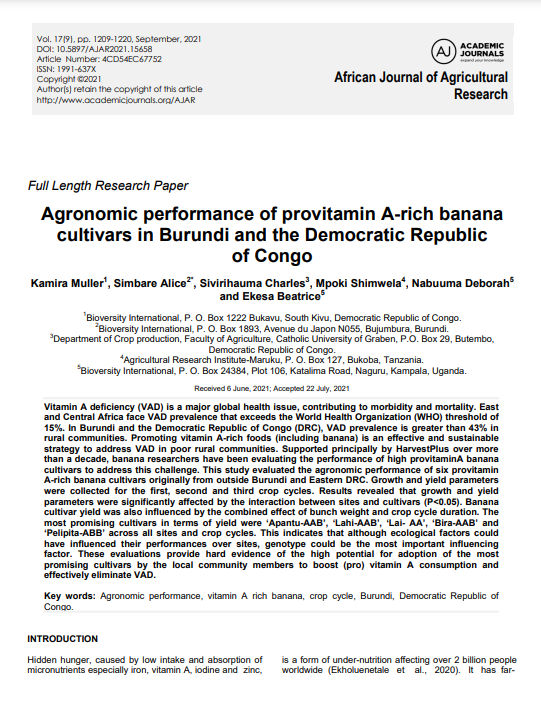 Banana researchers have been evaluating the performance of high provitaminA banana cultivars to Vitamin A deficiency in Sub-Saharan Africa. This study evaluated the agronomic performance of six provitamin A-rich banana cultivars originally from outside Burundi and Eastern Democratic Republic of Congo. Growth and yield parameters were collected for the first, second and third crop cycles. Results revealed that growth and yield parameters were significantly affected by the interaction between sites and cultivars. The most promising cultivars in terms of yield were ‘Apantu-AAB’, ‘Lahi-AAB’, ‘Lai- AA’, ‘Bira-AAB’ and ‘Pelipita-ABB’ across all sites and crop cycles. These evaluations provide hard evidence of the high potential for adoption of the most promising cultivars by farming communities.