Does the adoption of soil carbon enhancing practices translate to increased farm yields? A case of maize yield from Western Kenya 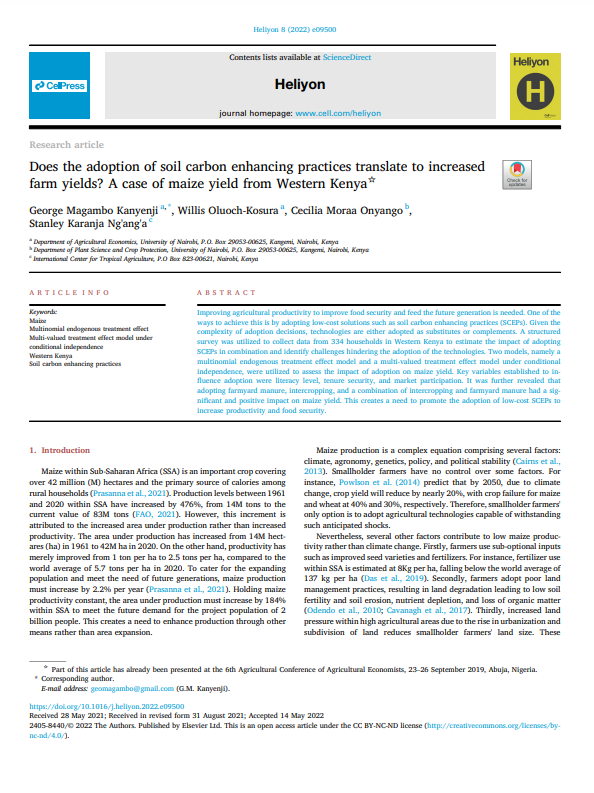 Improving agricultural productivity to improve food security and feed the future generation is needed. One of the ways to achieve this is by adopting low-cost solutions such as soil carbon enhancing practices (SCEPs). Given the complexity of adoption decisions, technologies are either adopted as substitutes or complements. A structured survey was utilized to collect data from 334 households in Western Kenya to estimate the impact of adopting SCEPs in combination and identify challenges hindering the adoption of the technologies.

Two models, namely a multinomial endogenous treatment effect model and a multi-valued treatment effect model under conditional independence, were utilized to assess the impact of adoption on maize yield. Key variables established to influence adoption were literacy level, tenure security, and market participation. It was further revealed that adopting farmyard manure, intercropping, and a combination of intercropping and farmyard manure had a significant and positive impact on maize yield. This creates a need to promote the adoption of low-cost SCEPs to increase productivity and food security.