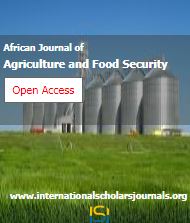 Adoption of orange-fleshed sweetpotato varieties by urban consumers in Maputo, Mozambique.
Brouwer, R.
Biofortified orange-fleshed sweetpotato (OFSP) cultivars are being promoted in Sub-Saharan Africa as a strategy to reduce vitamin A deficiency among young children. Several studies have addressed the adoption of OFSP by farmers. This paper addresses the level of adoption of OFSP by urban consumers of Maputo in Mozambique by comparing survey data from 2014 and 2017. Adoption is analyzed in four steps: having knowledge about OFSP, consuming OFSP, consuming OFSP by choice and using it to feed young children. It assesses the role of social economic status, supply and quality changes in adoption and looks at the extent at which the promotion of OFSP for supplementary feeding has been successful. It concludes that the percentage of the population of Maputo who eat OFSP has increased significantly in particular in the city’s wealthier district, proving that OFSP is now an accepted source of vitamin A by all strata in society.