Water-energy-food weave a tangled web. Here’s how we can navigate it. 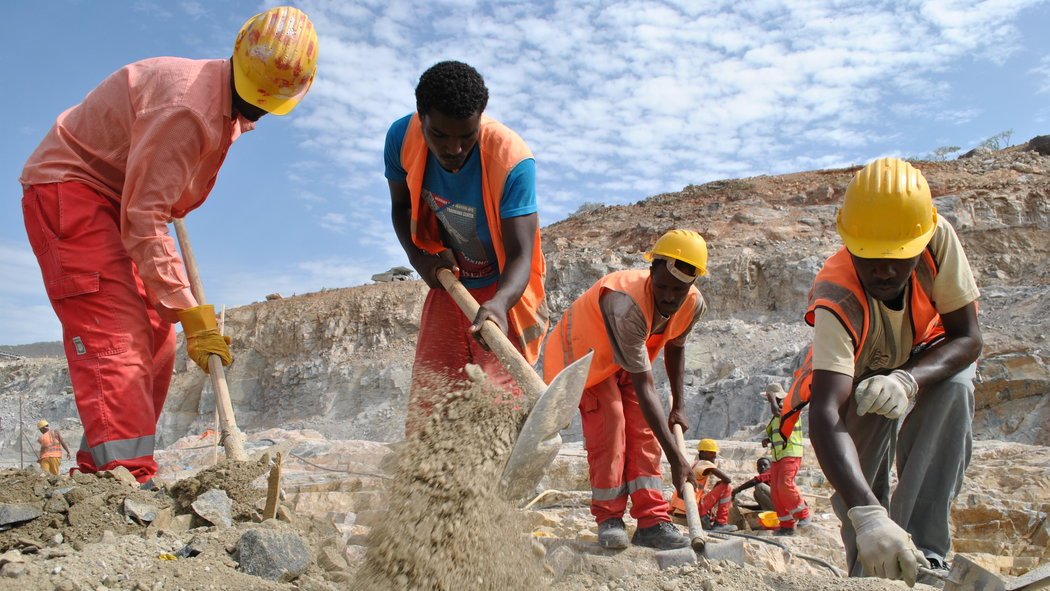 As we mark World Water Day on March 22, researchers explore the complexity of sharing water resources across borders, sectors, and issues.

Ethiopia is building one of the world’s largest hydroelectric dams on the Blue Nile River near the border of Sudan. This project is considered one of the most important development projects in Ethiopia, and will provide electricity to much of this rapidly developing African nation. The Dam is also welcomed by the Sudanese, who would benefit from the flow regulating effects of the dam, making irrigation easier.

But not everyone is happy with the project. Egypt, a country that already has a water shortage problem, is afraid that this dam will give Ethiopia control over the flow of the river and threaten the supply of water needed for food security and development in their downstream nation.

This example from the (Blue) Nile Basin is a classic ‘water-energy-food nexus’ dilemma. Different sectors and national development agendas are competing for the use of water resources. A limited amount of water needs to be shared for a large number of competing purposes, which can be a cause concern, conflict or dispute. This recent example was a media flashpoint as people wondered if the three nations could meet and resolve their differences in talks before the bi-annual meeting of the African Union at the end of January.

As in this case, there is often an assumption that these water nexus issues can be resolved through discussion. ‘If only institutions, organizations and nations could have frank and open discussions across sectoral divides, then the water needs of all stakeholders could be met.’ In practice, the organizations in the nexus are often already intrinsically inter-linked in complex webs of social relations.

A recent study by Stein et al. in the Upper Blue Nile (Abay) basin demonstrates that frequently, organizations working in agriculture, energy, environment and water sectors are actually relatively well connected, and have many interactions across sectors on the ground. This is especially true when it comes to ‘issues,’ such as water resources and agricultural development, which are difficult to separate.

Therefore, the assumption that ‘nexus’ players are not communicating may not hold true. Actors and stakeholders engage and connect across sectoral boundaries. In fact, in the case of upper Nile Basin, there are relatively frequent interactions between various nexus actors. However, while boundary crossing interactions are necessary condition to address nexus challenges, they are not sufficient.

The real causes of complexity behind nexus issues

Stein et al suggest that, instead of assuming a sectoral divide between actors in the water-energy-food nexus, one needs to take a closer look at the specific issues and how actors involved in a nexus are embedded in webs of social relationships. Addressing the complexity around the nexus in the Blue Nile requires, not just accounting for water flows, but untangling the web of relationships among diverse stakeholders.  For example, the analysis suggests that the rigid hierarchical governance structures lack the flexibility to address dynamic nexus issues. They are therefore not well suited to adaptive management required in complex nexus challenges that involve multiple actors, interconnected resources systems and development ambitions.

If the power relations between the players involved in the various nexus sectors were to be teased out and acknowledged, there might be a real chance for addressing some of the imbalances between the benefits and trade-offs across nexus sectors and actors.

Nexus issues are inherently complex and involve many actors across scales and sectors. The resulting interdependencies and relationships can be a challenge to or catalyst for the sustainable development of water, energy, food supplies. With increasing demand bringing sensitive nexus related discussions to the fore, as in the case of the Nile Basin, research that works to untangle the complex web of nexus relationships can help the dialogue progress towards meaningful engagements on matters of nexus development.