Vouchers instead of food: an analysis by Michael Hauser 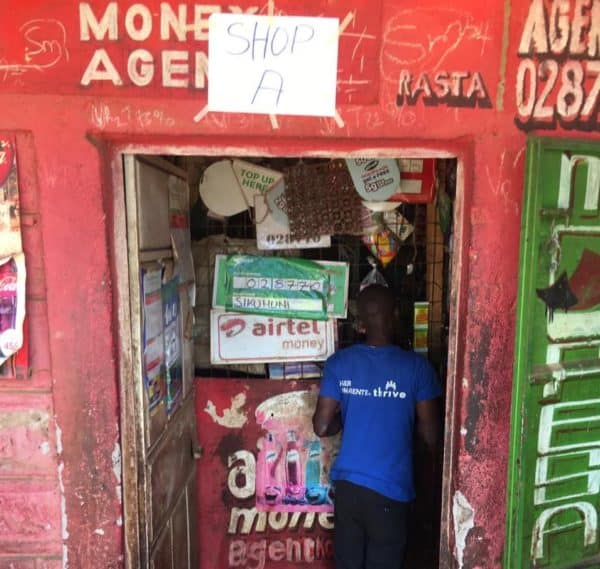 One week ago, private food deliveries by Kenyan citizens were pouring into informal settlements in Nairobi, where 60-70% of residents live. These donations were intended to help provide for households that had lost income due to COVID-19 measures. But Billian Ojiwa, founder of the Billian Music Family, and his colleagues in Mathare wanted to test an alternative means to secure food for these households. They provided vouchers — first on paper, then via SMS — to be redeemed by 100 test households at three designated local food shops. This first round of ‘proof of concept’ research — a version of citizen science — looks promising. And the concept — a standard approach in many food aid programs — is intriguing. Rather than providing direct food aid, the idea is to support the local food economy to function; in a more nimble way that can address the need of the hour with deeper local impact. The approach seems to work in Mathare too, Nairobi’s second informal settlement with about 400,000 inhabitants.

In cooperation with Community Health Volunteers who know Mathare in and out, the team identifies households with severe food shortages. This is done systematically, administrative district by district, based on hardship criteria that must be met in order to enrol households into the scheme. Someone entitled to a voucher has lost a lot; an informal wage, food, and sometimes hope. Of course, the voucher they receive does not replace everything, but it does offer quite a lot in terms of dignity, and most importantly, it’s worth flour and fresh products such as vegetables for a week.

As much as the goal is to support families confronted with COVID-19 related food shortages, an underpinning principle of the initiative is to sustain the informal food economy as long as possible. But this only works when small shops, street food vendors and retailers have a business. If they fall below a minimum cash flow, they close down, and this will radically change the food environment for people in informal settlements – in addition to shopkeepers and vendors losing their livelihood and becoming aid-dependent themselves.

Distorting the competition between those vendors enrolled in the scheme and those who are not is to be avoided. Equally important it is to offer what is needed to ensure a balanced diet. Hence, the Mathare team works with shopkeepers to offer a diversity of foods, especially legumes, fresh fruits and vegetables and millets to complement the maize consumption. Most likely, new informal market institutions are needed to secure food supply if there was a full lockdown in future.

Rather than people crowding in front of salon cars and lorries delivering food to informal settlements, the holders of food vouchers shop like on any other day. In the streets, no one recognises them as voucher holders. And in front of the designated shops, they queue as any other client does. The food vouchers are part of a larger package of COVID-19 awareness communication, delivered by the Community Health Volunteers. As a result, physical distancing is taken seriously. White circles drawn on the ground delineate the waiting spots in front of shops. People wear face masks, donated by citizens nearby.

Over the Easter weekend, the Kenyan administration regulated private food deliveries and called for coordination — afterchaotic food deliveriesput people at risk. Coordination is critical in such complex environments like informal settlements. Equally important it is for private food relief to adhere to standards, ranging from the right targeting of households, hygiene and food safety, physical distancing, and of course fairness and transparency of the entire food voucher system. The latter is essential in building and maintaining trust when crowdsourcing funds. The team in Mathare collect funds for the food vouchers also throughM-Changa, a Kenyan crowdfunding platform. And it coordinates efforts in Mathare with the public administration.

Surely, social protection such as the one in Mathare are ideally run by the state. But often, respective public systems are just evolving. For details about social protection responses to COVID-19 globallysee the latest real time reviewby colleagues at the World Bank, ILO and UNICEF. Hence, in an emergency of that scale, everyone’s help is needed.

The food voucher system currently developing in Mathare is innovative and builds on experiences elsewhere. The WFP (World Food Program) in neighboring Somalia, for example, maintains cash-based food support to internally displaced people and urban poor. Just this year, in cooperation with theCGIAR Research Program on Policies, Institutions and Markets,ICRISATstarted complimentary research withWFP‘s work in Mogadishuto better understand the effects of cash-based transfers on livelihood trajectories of recipients. There is a growing academic literature on cash- and voucher-based food transfers in emergencies.

Research also provides knowledge to shape the emerging food voucher system in Mathare. One important question is the targeting of households. As the situation develops so dynamically, indicators used to target households must take note of and continuously adjust to COVID-19 impacts on households. Furthermore, research must take note of the effects of the voucher system on the local food economy. Finally, there is need for evidence-based strategies to sustainably scale the impact of the voucher system to other populations and areas. Since 2018,ICRISATandWorld Agroforestry, with the support of theCGIAR Research Program on Grain Legumes and Dryland Cereals, have been working on dietary behavior change in Mathare. The so developedcitizen-science networkwill help to answer a few of the questions above.

The next weeks of COVID-19 measures will be critical for everyone, including the informal settlements, their inhabitants and the food environments. Maintaining food flows – lifelines for many — is as important as thinking of the big dietary questions that will arise out of the COVID-19 crisis. It is too early to tell if a food voucher system positively impacts dietary diversity. Ideally, it does. This is in addition to securing food for households in need while advancing the food infrastructure amidst the most unprecedented crisis many informal settlements have ever experienced.

This analysis article is authored by Michael Hauser originally published at https://mhauser.at/?p=2148