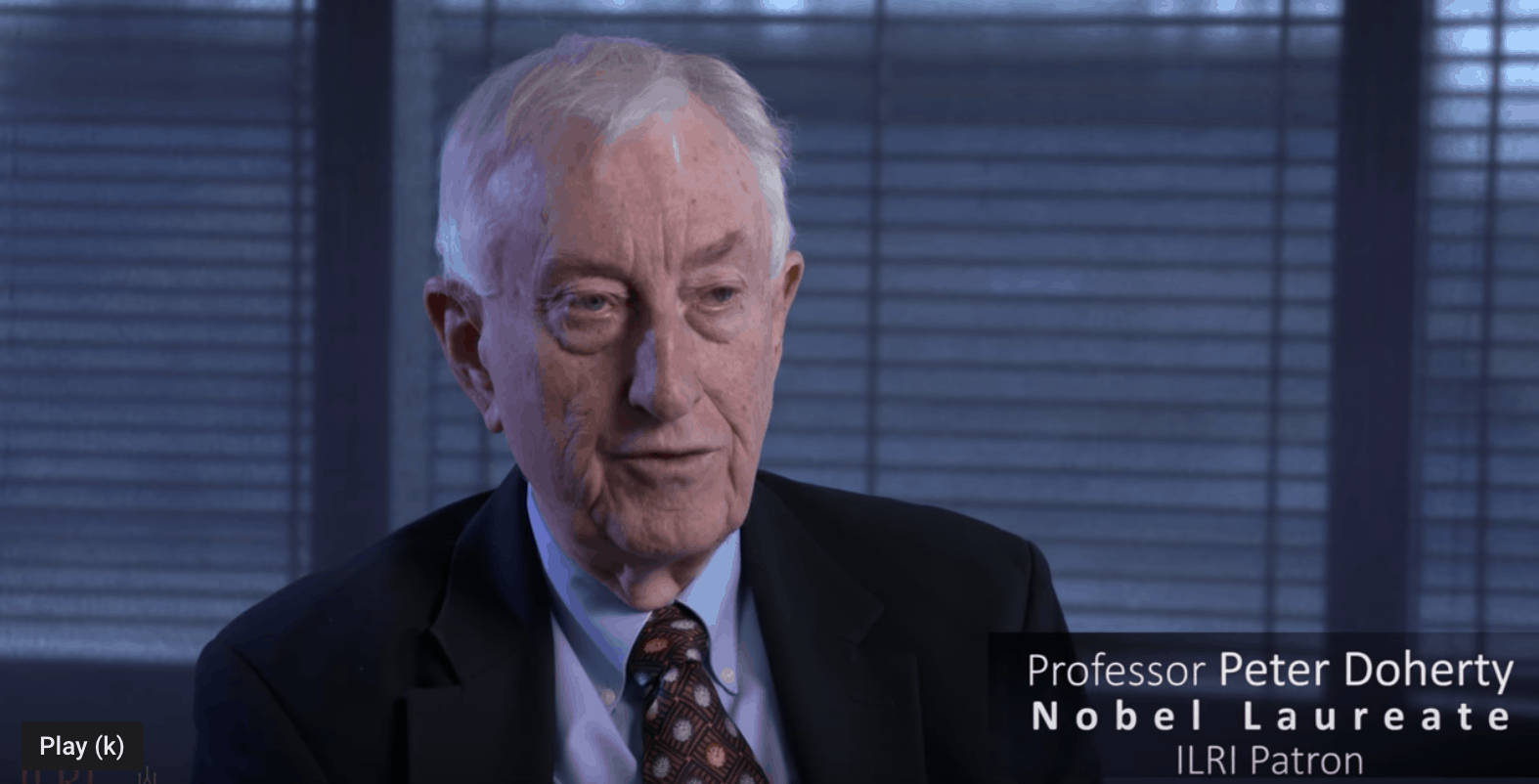 While some COVID-19 surges are now ‘baked-in’, and we must prepare ourselves for more sickness and deaths, the viral curves should flatten with appropriate measures now being introduced in many countries, and several different vaccines are being developed and already being tested, says Nobel Laureate Peter Doherty.

Australian veterinary and medical immunology researcher Peter Doherty won the 1996 Nobel Prize in Physiology and Medicine. Now based in Melbourne, Doherty is patron of the the Peter Doherty Institute for Infection and Immunity, a joint venture between the University of Melbourne and the Royal Melbourne Hospital. Doherty is also a former board member and current patron of the International Livestock Research Institute (ILRI).

Peter Doherty won the Nobel prize in medicine for his work on the immune system.

‘[H]e expects that the measures introduced this week [in Australia] will work: “With a lag of a week or so, because the average time to [display] symptoms is five to six days and maybe longer,” and only people showing symptoms have been allowed tests so far.

So a short-term surge is already baked in.

‘”I think the steps announced by the [Australian] Prime Minister and the premiers will dampen this down. I would expect to see the curve flatten in the next couple of weeks, see it start to come down,” he says.

‘Governments have said that they aim to “flatten the curve”, meaning to slow the rate of new infections, by controlling gatherings, closing non-essential businesses and ordering social distancing.

‘”That will mean a lot more people will survive because they will have access to ventilators and proper clinical care over the next 12 to 18 months” in the intensive care wards of the hospital system while awaiting the arrival of a vaccine. . . .

‘”It’s now a matter of time, of numbers and of human behaviour”, says Doherty, patron of the Doherty Institute at the University of Melbourne.

Professor Doherty, who trained as a vet, is involved in strategy and advice on the research effort, including the search for a vaccine.

‘On government support for urgent new research, he says: “Federal and state governments are doing pretty much everything asked of them to drive this research, clinical and diagnostic effort forward.”

‘The Doherty Institute, one of the world’s research leaders and the first lab outside China to decode the COVID-19’s structure and distribute the data to labs worldwide, has received federal and state funding for research and “a lot of money” from private donors and philanthropists, he says. . . .