Untold Tale of the Tepary 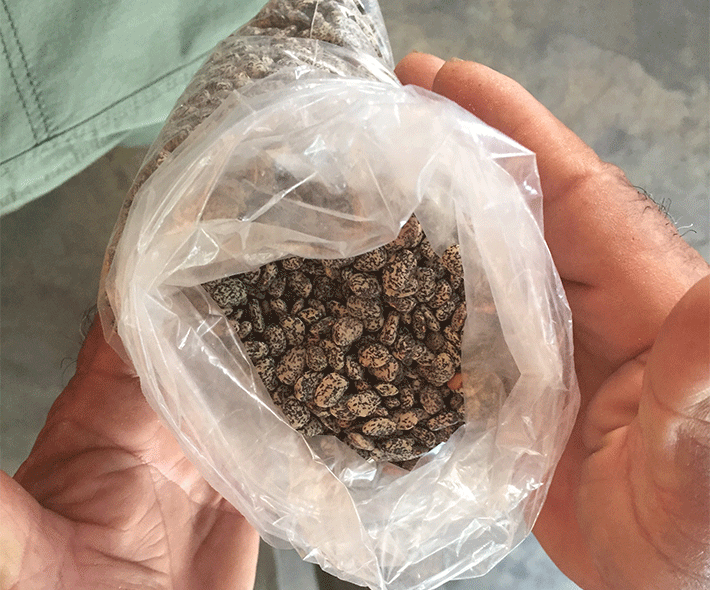 This holiday season, Bioversity International tells the story of the nutritious and resilient, yet small and underutilized tepary bean, and the studies done to bring it back to the dinner tables of farmers at risk of food and nutrition insecurity.

Some traditions are worth reviving. As the festive season approaches, many people around the world tend to revive their culture’s traditions, particularly when it comes to the dinner table. To welcome the New Year, ‘lucky’ foods such as grapes, lentils, peas or beans – symbolic of coins – are commonly consumed in hopes of better fortunes to come. This holiday season, Bioversity International tells a story of reviving a traditional and similarly small and round but far less common food: the tepary bean.

Imagine a seed that requires very little water, or very little of anything, to then grow into a large, nutritious, bean-producing plant. Now imagine a poor farmer cultivating this treasure while the rest of the world is none the wiser. This is not the story of a magic bean that grows into a giant beanstalk, nor is the farmer a poor young boy from England, who climbs it to discover hidden treasures. Still, the almost forgotten small tepary beans are so strong and resistant, and pack in so many nutrients, that its custodian, a smallholder farmer from Guatemala, believes that they really are almost magical and a hidden treasure.

Once upon a time, between the southwestern United States and the northern border of Guatemala, tepary beans were widely consumed. Many say they were used since ancient times as a vegetable, dry bean and a fodder crop. But now, at a time when they are possibly needed the most, they are at risk of withering into obscurity.