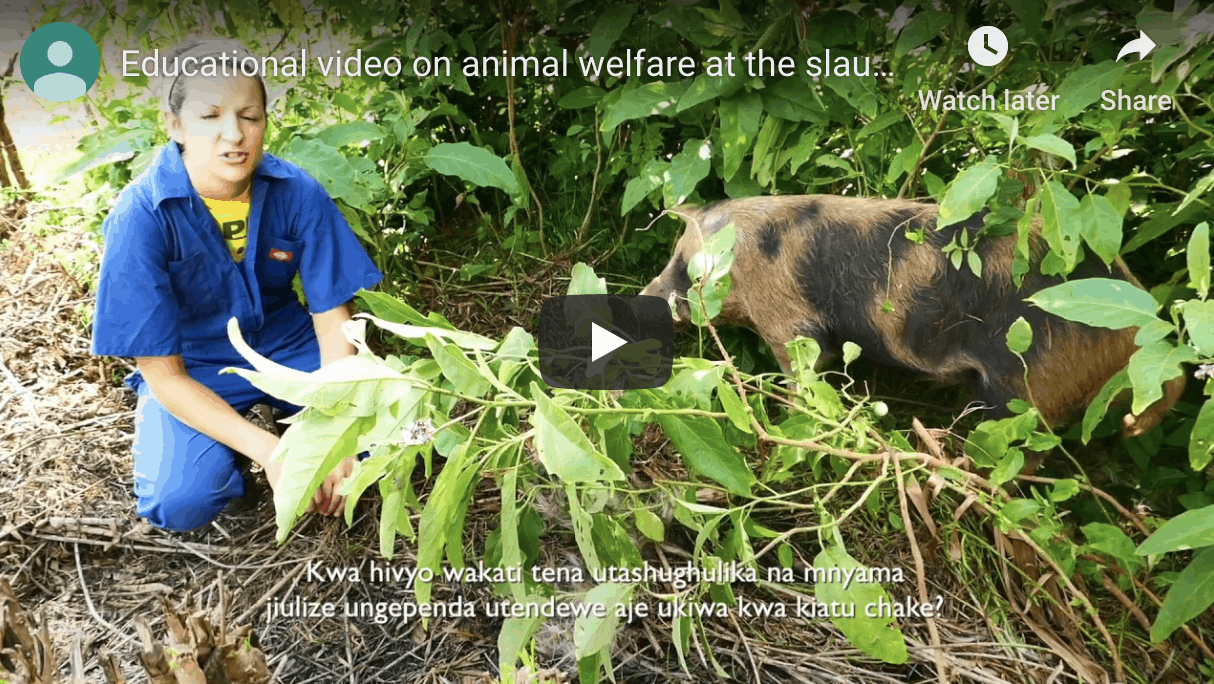 Watch these two little animated films
for practical advice on how to prevent
both animal suffering and the spread
of drug-resistant germs infecting
people and livestock.

First up, #800000;">Animal Welfare, a 5-minute video short (in English, with Swahili captions) recommending highly practical ways for communities in low- and middle-income countries to treat their animal stock more humanely. The video does not shy from recommending humane ways to transport and handle animals being sent for slaughter, and the killing process itself. These are not easy subjects to talk about and not easy jobs to do. This film manages to address these issues sensitively, with compassion for both the animals and the humans responsible for slaughtering them for human consumption.

This little video fills a big gap. It provides practical advice about how the world’s poorer people, and slaughterhouse staff in particular, can greatly improve the welfare, and reduce the suffering, of the animals under their care with a few simple practices, such as, where possible, stunning animals with a captive bolt gun before killing them; bringing animals into the slaughterhouse one at a time, to avoid instilling fear in them unnecessarily; and ensuring that animals are dead before scalding them to remove their hides.

This film was produced by the joint ILRI-Liverpool Zoonotic and Emerging Diseases research team, which investigates epidemiological issues at the interface of domestic livestock, wildlife and humans. (To understand more about this research, watch a 2-minute ILRI photofilm on The Connection between Animal Disease and Human Health.)

The ILRI-Liverpool research team dedicated their animal welfare film, as well as their films on antimicrobial resistance (see below) ‘to all the meat inspectors and slaughterhouse workers who have inspired and supported our work’.

During slaughter, a little consideration on our end can go a long way in reducing the animal’s suffering and pain and improving its welfare.
—#800000;">Laura Falzon, ILRI and the University of Liverpool

Also for people and communities in poorer countries, the same ILRI-Liverpool research team produced English and Swahili versions of an educational animated film (4.41 minutes) on what #800000;">antimicrobial resistance is and simple steps people can take to help reduce development of such drug resistance in germs that make animals and people ill. For example, when we fall sick, we should always consult a medical doctor before taking any antibiotics and, if prescribed them, should take the full dose that is prescribed for us; in addition, both animals and people should be given all the necessary vaccinations that are available, which prevents illness in the first place, and thus obviates the need for antibiotic treatment to cure an illness.