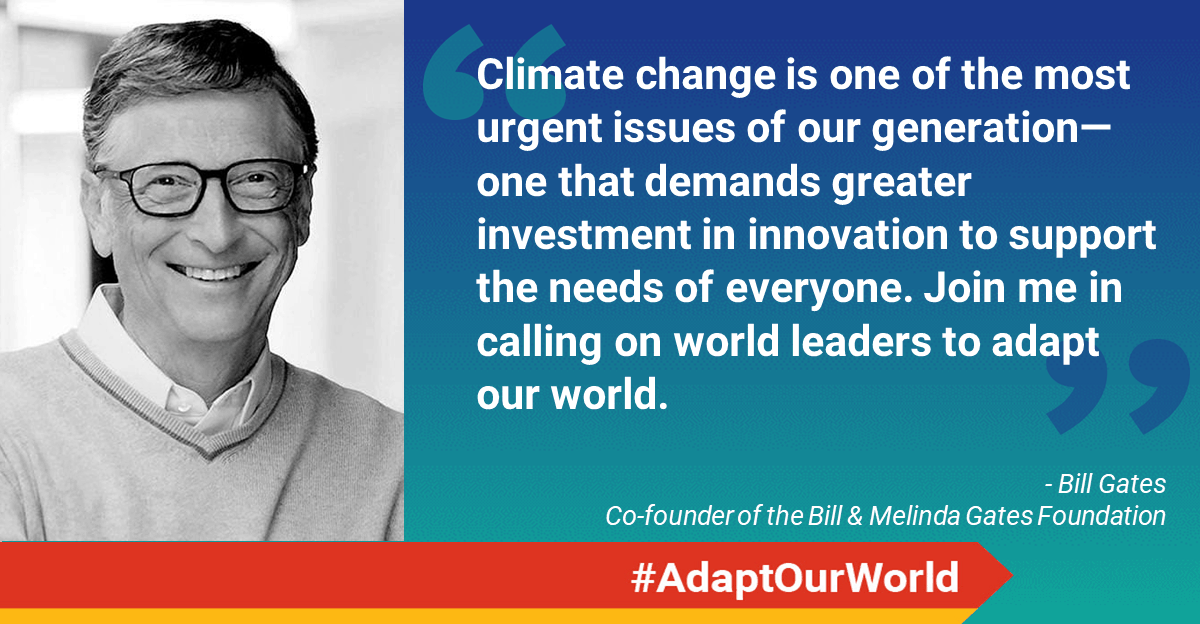 As the global food system comes under increasing pressure, research is needed to boost productivity, reduce emissions, and manage climate-related risks and shocks in agriculture – particularly among smallholder farmers.

The scale of agricultural research through CGIAR needs to double over the next ten years if the world is to meet urgent challenges posed by climate change, according to a report released today by the Global Commission on Adaptation.

“The world’s 500 million smallholder farmers are on the frontline of climate change,” says Elwyn Grainger-Jones, Executive Director of the CGIAR System Organization. “The work of CGIAR and our partners is instrumental in helping them adapt to the challenges they face now and in the future.”

Variability in temperature and rainfall are already reducing crop yield growth, increasing the risk of pests and diseases, and worsening poverty and food insecurity among vulnerable populations.

Small-scale producers working on farms of two hectares or less are among the most vulnerable to climate change, which poses risks to their food security and livelihoods.

In a chapter on ‘Food Security and Livelihoods of Small-Scale Producers’, co-authored by CGIAR researchers Bruce Campbell (CCAFS) and Philip Thornton (ILRI), the report calls for increased investment in agricultural research, and better access to technology, finance and information for smallholder farmers.

It draws on CGIAR research to recommend a way forward: supporting smallholders’ productivity and climate risk management capabilities, addressing the immediate challenges of the worst-affected, and achieving policy consensus on climate-smart agriculture.

Based on the research, action points are set out by the Commission for a way forward – including by doubling the scale of agricultural research through CGIAR.

The report additionally calls for climate change considerations to be embedded throughout CGIAR’s new 10-year strategy, and pledges support for the CGIAR Two Degree initiative, which aims to help smallholder farmers adapt to a changing climate, and reduce emissions from food systems.

“The Commission will support CGIAR reforms under consideration to ensure research is firmly demand-led and reaches small-scale food producers as quickly as possible,” the report states.

The Global Commission on Adaptation is led by Ban Ki-moon, former Secretary-General of the United Nations, Bill Gates, Co-chair of the Bill & Melinda Gates Foundation, and Kristalina Georgieva, CEO of the World Bank, and is co-managed by the World Resources Institute and the Global Center on Adaptation.

Launched in The Hague last year, it aims to raise the political profile of climate adaptation efforts and contribute to real-world solutions.

Ahead of the upcoming Climate Action Summit hosted by the United Nations, pressure is mounting for world leaders to accelerate action on climate adaptation. A Global Citizen campaign is urging popular support for leaders to commit funding for research in support of smallholder farmers.

“Food systems and the environment are fundamentally connected,” says Grainger-Jones of CGIAR. “The report rightly acknowledges that global food systems must transform if they are to continue fulfilling their many roles.”