The new MOPAN report includes some old news about CGIAR 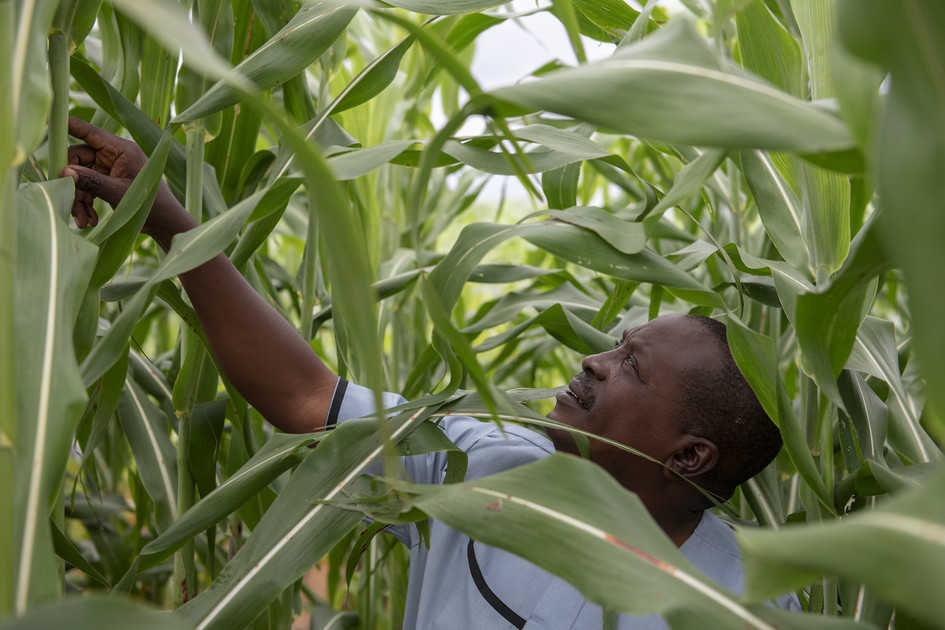 An international network of funders has just released its first assessment of CGIAR, the world’s largest public agricultural research network. The assessment was conducted by MOPAN, the Multilateral Organisation Performance Assessment Network, a group run by 19 countries that share a common interest in assessing the effectiveness of the major multilateral organizations that they fund, including UN agencies, international financial institutions and global funds. In 2019, CGIAR was one of the five organizations assessed by MOPAN, in a process led by Norad and USAID.

CGIAR is a different beast to the type of organization MOPAN usually handles. It is a uniquely structured organization, consisting of 15 independent and autonomous Research Centers with around 10,000 staff working in more than 70 countries around the world, supported by a central System Organization headquartered in Montpellier, France. Its mission is to advance agricultural science and innovation as a way to reduce poverty and hunger, enhance food and nutrition security, and improve natural resources and ecosystem services. With a focus on the world’s most vulnerable – including the poor, women, and smallholder farmers – it aims to bolster equitable management of resources and resilience in the face of climate change and other challenges. The annual revenue of CGIAR is about USD 850 million, with these funds primarily used to finance 15 major programs.

The MOPAN assessment – involving a review of 105 documents, 50 individual and group interviews, and an online partner survey with 162 respondents – gives a detailed picture on how these funds are being spent. Overall, it finds that CGIAR provides a unique global public good, and does so in a way that is responsive and relevant, delivering large-scale results. CGIAR’s open intellectual assets, including some of the world’s largest stores of genetic materials held in public trust, and its strong and diverse partnerships on the ground, are among its greatest strengths. However, MOPAN finds that CGIAR’s complex organizational structure also presents some of its greatest challenges, standing in the way of effective decision-making, consistency, and, ultimately, impact in achieving its mission.

Although it has just been released in May, some elements of the MOPAN report are already old news. Since assessment concluded in mid-2019, CGIAR has embarked on a massive overhaul of its organizational structure, partnerships, and global presence. Following a decision by the CGIAR System Council in November 2019, efforts have begun to unify the System’s governance, management and operations as “One CGIAR”. The transition addresses many, but not all, of the concerns raised in the report. A closer look at MOPAN’s findings can provide important guidance for CGIAR as it goes through this period of rapid change, and ultimately drive even greater impact for sustainable development.

CGIAR’s operations are based on many moving parts. Besides the 15 Research Centers, there are 12 CGIAR Research Programs (CRPs) and four Platforms focused on different aspects of challenge-led research. The CGIAR Strategy and Results Framework (SRF) provides overall guidance, with the aim of meeting System Level Outcomes (SLOs) that are aligned with the UN’s Sustainable Development Goals (SDGs). MOPAN finds that the SRF shows a clear understanding of the future needs and demands of agricultural science and innovation. Backed by a business plan and a research financing plan, the SRF presents a single budget for CGIAR’s work. The CRPs are also proven to be an effective concept, providing the basis for significant coverage and delivery from a results perspective. In general, MOPAN notes that CGIAR is able to respond effectively to rapidly changing contexts and emerging development challenges.

Strong and diverse partnerships in host countries, including with national agricultural research partners and farming communities, is another noted advantage. CGIAR has managed to effectively capitalize on this advantage as a single entity, while maintaining flexibility and agility through the work carried out by its Research Centers. Due to CGIAR’s large mandate covering many fields – from animal health to plant genetics, insect control, and policy reform – the number of partners involved in the organization’s work is huge. But while there have been some successes, the size and complexity of CGIAR’s organizational structure also tends to be source of weakness.

MOPAN finds that although the SRF broadly aligns with the SDGs, more work is needed to set achievable and measurable outputs and outcomes for the CGIAR as a whole. Furthermore, CGIAR needs to ensure that delivery (of its outputs and outcomes) is consistent, and meets minimum, System-wide standards. Currently, there are no common standards or approaches in place for improving CGIAR’s capacities and services – such as human and financial resource management, ensuring accountability and performing audits, or conducting monitoring, reporting, and evaluation activities. Instead, each Center follows its own model, to varying degrees of success.

In addition, while partnerships are central to CGIAR’s work, MOPAN finds the lack of a central partnership strategy means the approach is not applied consistently across the organization. At the CRP level, strategies are found to be variably effective, and the selection of partners is sometimes more a function of opportunity than strategy. A 2017 evaluation of partnerships found CGIAR to be missing coherent strategies on partnerships and capacity development, instead often adopting a narrowly focused or ad hoc approach, impeding innovation.

The reforms underway as part of the transition to One CGIAR address some of these concerns. While the SRF, business plan, and financial plan have significant buy-in and stability – and have been used across the system for the first year of reporting, delivering a strong performance-based product – CGIAR is still developing a reliable financial mechanism that can best support its Research Programs. CGIAR leadership, and the instruments and systems that have recently been put in place, demonstrate a shift toward professionalization, and provide the basis for a more transparent and responsive decision-making culture. Centralized programming and funding mechanisms have made important strides, but more needs to be done to support and guide CGIAR to move forward as a whole.

Some challenges highlighted by the MOPAN report have yet to be addressed by the One CGIAR reforms, though they can provide important guidance as the process moves ahead. Two areas with room for improvement are environmental sustainability and climate change. While indicators for these areas are fully integrated into CGIAR’s accountability systems, among its scientists MOPAN finds a need to build capacity to integrate these themes more strategically into projects and flagship portfolios.

Another area identified for improvement is gender mainstreaming. CGIAR’s approach to mainstreaming gender equality, in MOPAN’s view, remains superficial. While CGIAR has been working to incorporate gender equality and women’s empowerment in its science and workplaces since 2011, its gender accountability system is inconsistent. Indicators are only applied at an outcome level, and do not monitor the integration of gender issues into the design and implementation of research and human rights policies. Further, there has been no systematic or strategic implementation of capacity development among staff on gender issues. CGIAR’s best efforts on gender equality and women’s empowerment represent isolated pockets of good practice, meaning that the organization may be mainstreaming a superficial “gender fix”. This risk must be actively managed in current System-wide efforts to integrate an evidence-based gender analytical lens across CGIAR’s research and workplaces.

Finally, a key area of concern for MOPAN is evaluation, and how it will be implemented following recent changes in the System. Many of the good practices established under the previous evaluation function have not yet been implemented under recent and significant reforms. Under a previous structure, the evaluation function was an independent entity that reported directly to the CGIAR System Council. Today, the authority is held by a Senior Evaluation Officer within the shared advisory services secretariat, posing a potential risk to its structural independence. MOPAN sees this as a threat and weakness, noting that the reformed evaluation function is not independent, and is limited in its ability to provide leadership across the System to support good quality, consistent, and effective decentralized evaluations that can inform evidence-based design for interventions. As CGIAR moves ahead with its recent reforms, this area would benefit from greater attention.

In a sense, it is good news that some elements of the MOPAN report are already outdated as the transition to One CGIAR quickly moves ahead. Steps taken towards reform so far have been positive, addressing several of the concerns mentioned in the report. As the transition continues, the points raised by the assessment can continue to provide food for thought on how to best develop CGIAR as an important global resource.

Originally published by norad.no and authored by Daniel Frans van Gilst, a member of the MOPAN assessment team for Norad and a CGIAR System Council member. Find the original article here.