The meat wars: A backlash is occurring on the backlash to meat dietary recommendations published late last year 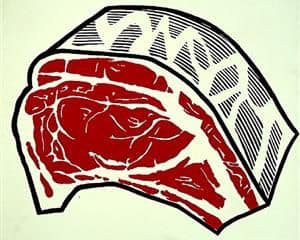 On 19 Nov 2019, guidelines were published in the Annals of Internal Medicine that caused a backlash, and now a backlash on the backlash is occurring.

The abstract to the original 2019 Annals article, titled Unprocessed red meat and processed meat consumption: Dietary guideline recommendations from the Nutritional Recommendations (NutriRECS) Consortium, had the following results and recommendations to report.

‘Description
‘Dietary guideline recommendations require consideration of the certainty in the evidence, the magnitude of potential benefits and harms, and explicit consideration of people’s values and preferences.

A set of recommendations on red meat and processed meat consumption was developed on the basis of 5 de novo systematic reviews that considered all of these issues.

As detailed in a new article published this week in the Journal of American Medical Association, the ensuing backlash over those meat dietary recommendations included questions about corporate ties to some of the nutrition scientist authors. . . .