Supporting the Food System Dialogues for Honduras ahead of UN summit 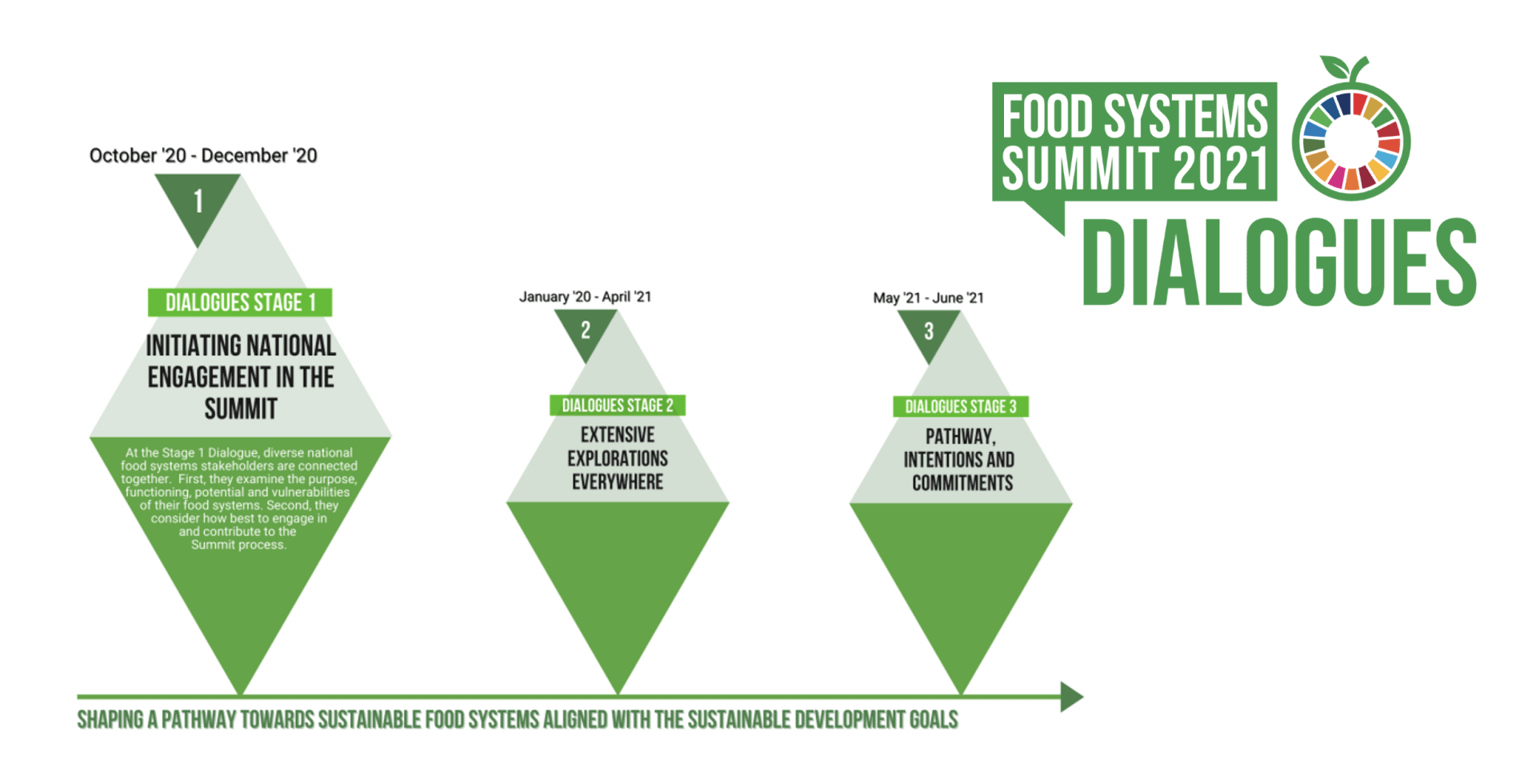 We have never had a better understanding of the need to transform food systems. The way we produce and consume food is a major contributor to our climate crisis: about 25% of planet-warming gases comes from agriculture and land use. It also fails to properly nourish humanity, and the COVID-19 pandemic dramatically worsened the situation. Today, United Nations estimates that more than 900 million people do not have enough food, a huge increase on a year earlier that effectively wiped out a decade of progress on hunger.Many of the world’s food systems are fragile, poorly understood and vulnerable. The United Nations’ first Food Systems Summit (UNFSS), set for September, hopes to spur collaboration to transform the way the world produces, consumes, and thinks about food.To achieve the summit’s ambitious goals, several tools and initiatives are being rolled out ahead of the conference. These draw on the expertise of food systems actors from around the globe and include the summit’s Five Action Tracks, strategies to encourage citizens to become a #FoodSystemsHero, and the multi-stakeholder Food Systems Dialogues (FSDs).These dialogues are an opportunity to help envision the food systems of the future and reflect on how to work together to radically change them in the next decade to help deliver the Sustainable Development Goals. Countries are encouraged to initiate these dialogues to explore how their national food systems can align with the 2030 Agenda and develop their national pathways. The dialogues will take place in three stages at the sub-national level, as well as at the national level.Food system profiles for transformationSince December 2019, the Alliance has been working on Sustainable Food System Country Profiles for Low- and Middle-Income Regions, funded by the Swiss Federal Office for Agriculture (FOAG) as part of its support to the United Nations Program on Sustainable Food Systems.The main objective of the project is to develop and validate a participatory methodology with key actors to analyze food systems at the national level in Honduras, Bangladesh and Ethiopia, and identify hotspots in the system and actions for transformation.These aim to generate practical tools that synthesize the system graphically with no more than 30 indicators and facilitate understanding and dialogue between actors to help encourage transformation of national food systems. The results will be presented at the United Nations Food Systems Summit.“These three countries are broadly representative of food systems in low- and middle-income countries around the world,” said Mark Lundy, the director of the Alliance’s Food Environment and Consumer Behavior (FECB) research area. Ethiopia is in an early transition toward a “modern” food system, Bangladesh is somewhere in the middle, while Honduras is approaching a more “Westernized” system, where over-nutrition and highly processed foods – and associated health problems – coincide with hunger and malnutrition.
To build these country profiles to support more informed and evidence-based decisions around food systems, the Alliance project teamdeveloped a common protocol, including a shared food systems framework, identified key local stakeholders in Bangladesh, Ethiopia, and Honduras, and worked with stakeholders to collect and collate existing public data in order to characterize the current state of the national food system in each country. In Honduras this process has been carried out through a series of four virtual workshops with the participation of over 20 institutions from government, the private sector, civil society, academia and United Nations.
Supporting Honduras before the summitIn Honduras, the government plans to use the country’s food system profile to prepare what it presents at the UNFSS. Country representatives will also present policies they will prioritize to support food systems transformation in Honduras.
TheAlliance is officially part of the technical support group for the Honduras Summit Dialoguesprocess led by the Honduran government’s Technical Unit for Food and Nutritional Security (UTSAN), along with the Ministry of Foreign Affairs, the office of the United Nations Resident Coordinator, the Food and Agriculture Organization, and the World Food Programme. David Nabarro, Food Systems Summit Dialogues Senior Advisor, provided support and advice. In April 2021, this group organized the first National Food Systems Summit Dialogue, which brought together over 70 food system stakeholders to identify concrete actions to transform Honduras’ food system to reduce inequalities and increase resilience, aligned with the two Summit Action Tracks that Honduras has prioritized for action.
The National Dialogue was presided over by Mr. Carlos Madero, Minister of General Government Coordination. Mariano Jimenez, the Honduran ambassador to Italy and the permanent representative for Honduras to FAO, WFP and IFAD, introduced the meeting by emphasizing the importance for Honduras of engaging in the Food Systems Summit. He also shared important strengths for leading food systems transformation in the region including its youth, its favorable climate, geographical positioning as a logistical hub for Central America, as well as good telecommunications coverage. He highlighted Honduras’ extreme climate vulnerability that gives rise to high levels of hunger and food insecurity. The group dialogues to identify proposals for action were kicked off by a presentation by the Alliance providing stakeholders with a conceptual framework and an initial characterization of the current state of the Honduran food system based on the multistakeholder process mentioned above. This allowed participants to consider the current performance, drivers and state of the food system in identifying transformative ideas for action.
Read more about the UN Food Systems Summit here.