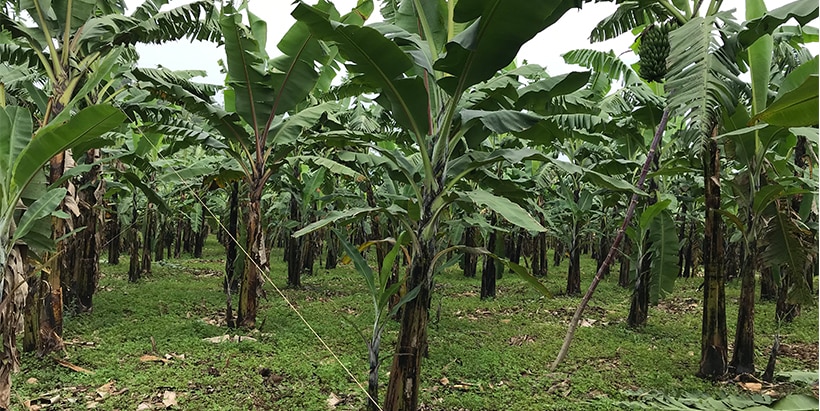 IITA scientists have identified the defense mechanisms for Fusarium oxysporum f. sp. cubense (Foc) in resistant and susceptible cultivars with or without biological control agent (BCA) inoculation as part of efforts to identify effective ways to control Fusarium wilt of banana.

Fusarium wilt is a disease caused by the soilborne fungus Fusarium oxysporum f. sp. cubense (Foc). It persists in soil for long periods as chlamydospores (thick-walled resting spores), even in the absence of its host. Once bananas have been infected, the fungus can easily spread through infected planting materials, soil run-off, and farm activities.

Fusarium wilt is currently the most prominent disease that threatens global banana production, which does not have an effective control method. Researchers have been exploring the use of biocontrol agents to enhance plant resistance. Bacillus spp. and Trichoderma spp. are the two endophytes (fungi that live as parasites within the plants) that have been successfully used as BCAs against F. oxysporum in many host plants.