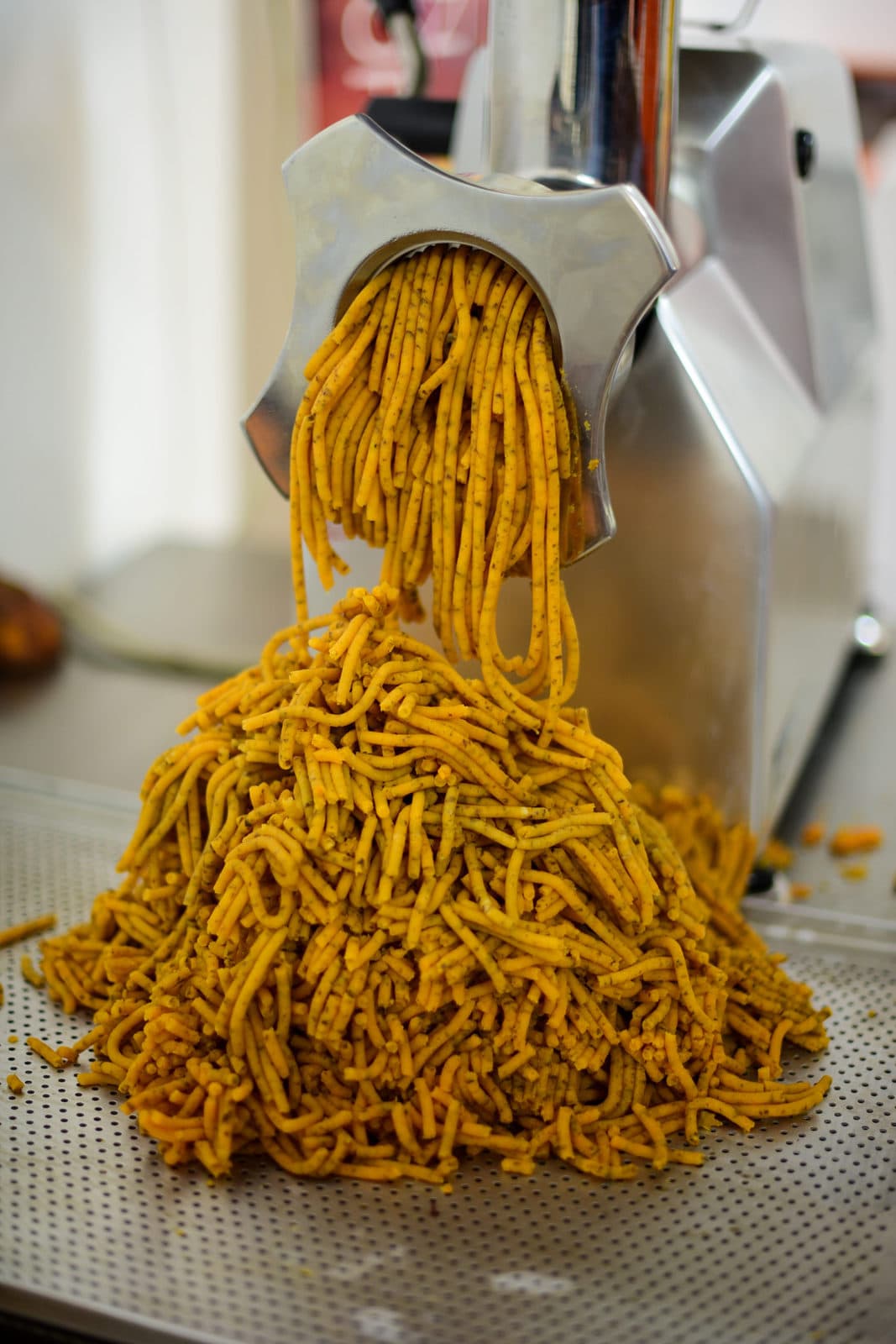 Simple processing is spreading the advantages of orange-fleshed sweetpotato, with benefits for farmers, food producers and family nutrition.

The CGIAR Research Program on Roots, Tubers and Bananas (RTB), through an initiative supported by its Scaling Fund, is promoting the use of a purée made from orange-fleshed sweetpotato (OFSP) as an ingredient in baked and fried foods in Kenya, Malawi and Uganda.

Earlier this year a group of stakeholders from government, the private sector, and plant breeding met in Lilongwe, Malawi, to create links to ensure a wider uptake of OFSP. At the same time, partners want to guaran that the initiative’s workplans align with those of the Malawi Bureau of Standards and the Government Seed Services.

To address this challenge, breeders from Malawi’s Department of Agricultural Services and the International Potato Center (CIP) have developed and released nine new varieties for farmers. These varieties, including Chipika and Kadyabwerere, have higher yields, better taste, improved vitamin A content and good processing qualities. Greater uptake of these improved varieties would benefit smallholder farmers directly and provide the raw material for OFSP purée.

Sweetpotato is a highly perishable crop. Converting it into a purée means it can be stored frozen for six months without affected nutrients. RTB has trained and equipped three purée producers in southern Malawi with plans to extend into the central and northern regions. Farmers benefit because purée producers can offer them a better and more stable price for their crop.

Food producers also benefit. Malawi currently imports large quantities of expensive wheat for bread and other products. OFSP can replace 30-60% of the wheat flour in bread doughs, reducing the need for sugar by 70% and oil by 30%. Overall costs for bakers are 12-20% lower.

RTB has been working closely with individuals and business groups to promote the use of OFSP products. As a result, Jean Pankuku, a food technologist, became so convinced of the benefits of OFSP in baked products that she opened her own bakery near Blantyre. Furthermore, Biznet, an independent team of consultants based in Nairobi, Kenya, has conducted online training sessions for commercial purée processors, developing the business skills they need to improve their operations. Other partners in the initiative, such as United Purpose, an international development charity, are mobilizing smallholder farmers to supply roots to the processors while also using OFSP products within farming communities to improve household nutrition.

Daniel Van Vugt, CIP’s Malawi Country Manager, stresses that OFSP purée offers great untapped potential to combat widespread vitamin A deficiency and to enhance livelihoods in the region, particularly for women and children. “We are engaged with many public and private partners in creative strategies to diversify its use, expand its value and raise its profile in the region.”

The most dependable way to increase farmer livelihoods is to increase demand for their harvest. To that end, the Roots and Tuber Crops Development Trust —the body spearheading the development of a vibrant RTC crops industry in Malawi— is using radio, television and newspapers to inform people of the benefits of OFSP purée and other products.

The initiative in Malawi is pointing the way for Kenya and Uganda. Expanded markets will drive development among sweetpotato farmers. They will also promote the expansion of purée production. Both will create employment opportunities for women and youth. Bakeries and others will see increased sales and profits. And ultimately, by eating more OFSP-enriched food, women and children will enjoy better nutritional status.