Stepping up for South Asian women 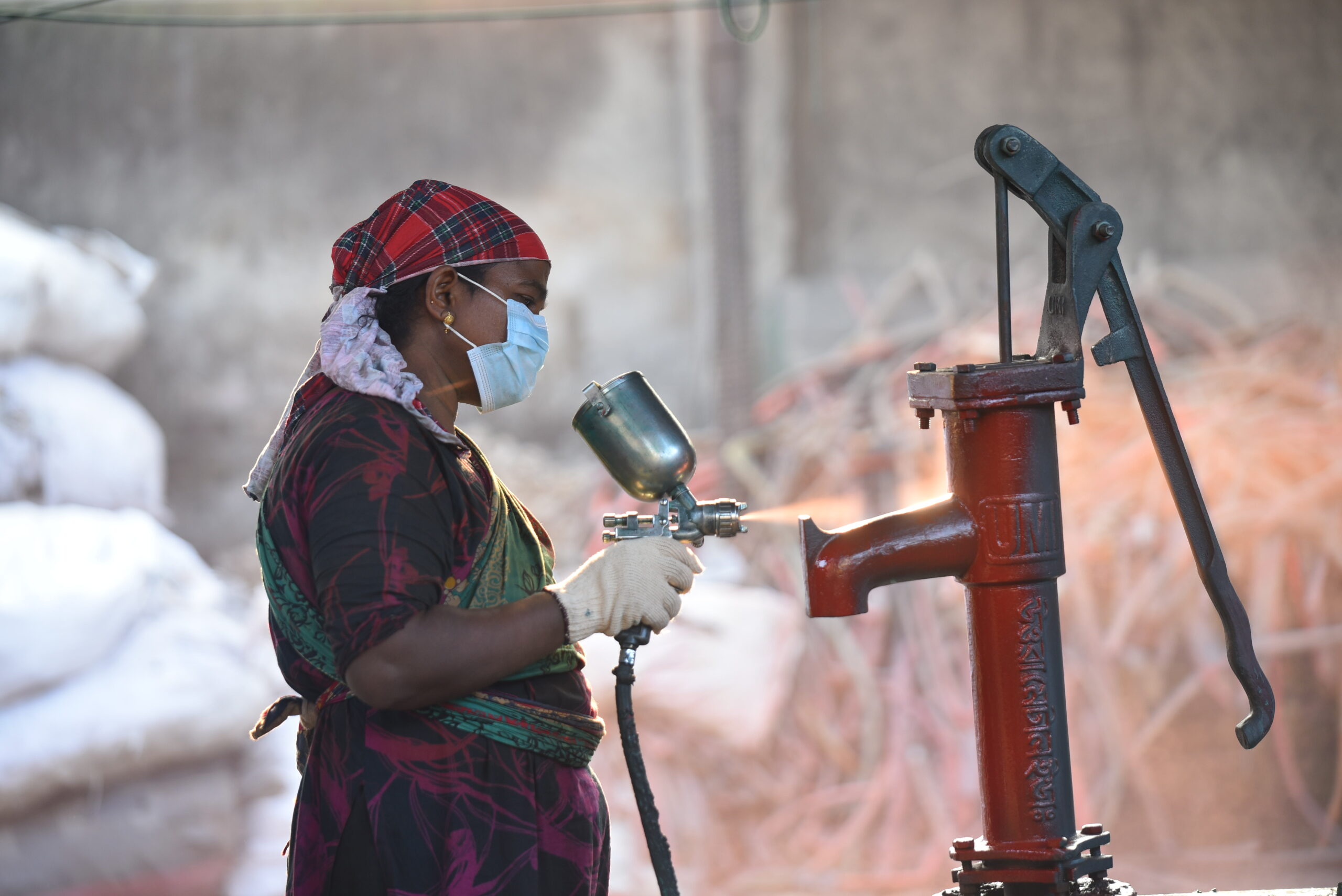 Women play an integral role in all stages of agrifood systems, yet their unpaid labor is often culturally and economically devalued and ignored. As agriculture becomes more female-oriented, women are left with a double workload of caring in the home and laboring in the fields, leaving no time for leisure. Training programs are often developed with only male farmers in mind, and women can be completely excluded when it comes to mechanization.

Nisha Chaudhary and her husband Kamal were engaged in agriculture, poultry and pig farming in Nepal, but struggled to provide for their family of seven; their combined income was never sufficient for them to make ends meet.

Through the CSISA-MEA Machinery Orientation Program, CIMMYT introduced Chaudhary to mechanization’s advantages and supported her to connect with banks, cooperatives, and machinery dealers to access financial support to introduce agriculture machinery into the family business. She became the first farmer in her village to acquire a mini combine rice mill and offer milling services. The following month, Chaudhary received additional tutoring from the Activity, this time in business management and mill repair and maintenance.

Learning about mechanization was eye-opening for Chaudhary, particularly as the Bankatti community that she comes from uses traditional methods or travels great distances to process grains using machines hired out by other communities.

Chaudhary’s primary income is now from her milling services, offering post-harvest processing services to 100 households and earning more than $150 USD each month; after deducting expenses, she is still able to save around $50 USD every month. She has bought four more cows, increasing the number of cattle she owns from 12 to 16, and is able to make her own for her livestock, saving an additional $20 USD per month.

As part of its response to the pandemic, CSISA launched a COVID-19 Response Activity aimed at supporting farmers and service providers to access subsidies and collateral-free loans via the Government of Nepal Kisan Credit Card (KCC) scheme, designed to support agriculture-related businesses. Through this scheme, farmers received hands-on training in providing after-sales support to customers, as well as mentoring to learn how to operate machinery and use it to generate sales and income.

Smallholder female farmers have been subject to many hardships due to lack of access to finance. They are forced to sell produce at low prices and buy inputs at high prices, which makes them suffer financially and physically. Now, loans through appropriate intermediaries can foster rural entrepreneurship and the service delivery business model.

The KCC scheme gave Chaudhary financial security just when she needed it. Her next step, with her newfound confidence, respect of her community, and the support of a collateral-free loan from KCC, will be to launch her own poultry farm agri-business.

Rokeya Begum was a stay-at-home mother to three children in Bangladesh and aspired to give her daughter a good education. However, her husband found it difficult to sustain the family as a factory worker due to the high cost of their daughter’s education.

As a result, Begum opted to work in an agriculture machinery manufacturing workshop like her husband. She was initially hesitant to work in a male-dominated workplace but on the other hand realized that this job would mean she could pursue the dream she had for her daughter. She immediately began using her earnings to fund her daughter’s education, who is currently in high school.

Begum was part of the grinding and painting departments at M/S Uttara Metal Industries in Bogura, Bangladesh, for five years. Her weekly wage was equivalent to $12 USD – insufficient to support her family or sustain a decent quality of life.

CSISA-MEA included Begum in skills training, which proved to be a gamechanger. She participated in CIMMYT’s training on spray gun painting, as well as in fettling and grinding skills. As part of both training programs, she learnt how to handle an air compressor paint gun and painting materials, as well as different painting methods. She has also learnt more about keeping herself safe at work using personal protective equipment. “Before the training, I did not know about the health risks – now I don’t work without PPE,” she said.

Begum used to paint the traditional way with a brush, but now the owner permits her to paint with a spray gun with her increased expertise. As a result, she has been promoted from day laborer to contractual employee in painting and grinding, with a new weekly salary of $50 USD. Her confidence has grown to the extent that she is comfortable in an engineering workshop among male coworkers.

Harvesting the benefits of improved practices

Farmer and mother of six, Malti Devi has an infectious smile that hardly reveals the toil and labor of her everyday farm work in India.

She grows wheat on nearly 0.45 acres of leased land. Her husband, a barber, earns an ordinary income that is insufficient for a family of eight. Despite the challenges, Devi has managed to earn income through her efforts in the field and by working as a daily wager in nearby fields.

To support women farmers like Devi, CSISA made efforts to build relationships via on-the-ground partnerships with civil society, women’s cooperatives like JEEViKa in Bihar and Mission Shakti in Odisha, or self-help groups. The team provides in-field demonstrations, training, workshops on best practices and support with access to better seed varieties and extension services. CSISA’s integrated approaches reach these women with information and associated technology that best serves them, while being climate-smart and sustainable.

Devi expressed that due to zero-till practice encouraged by the CSISA team, she saved time in the planting season, which she devoted to working on other’s fields for extra income. “The traditional method would have left me struggling for time, on the field or at home. Practices like zero-till ensured our crop was harvested on time with reduced input costs and resources and enabled a good harvest for consumption, and we could also sell some produce.”

Devi has ensured self-sufficiency for her family through her efforts and hopes to make use of the support in better crop management on offer from CSISA for wheat and other crops.