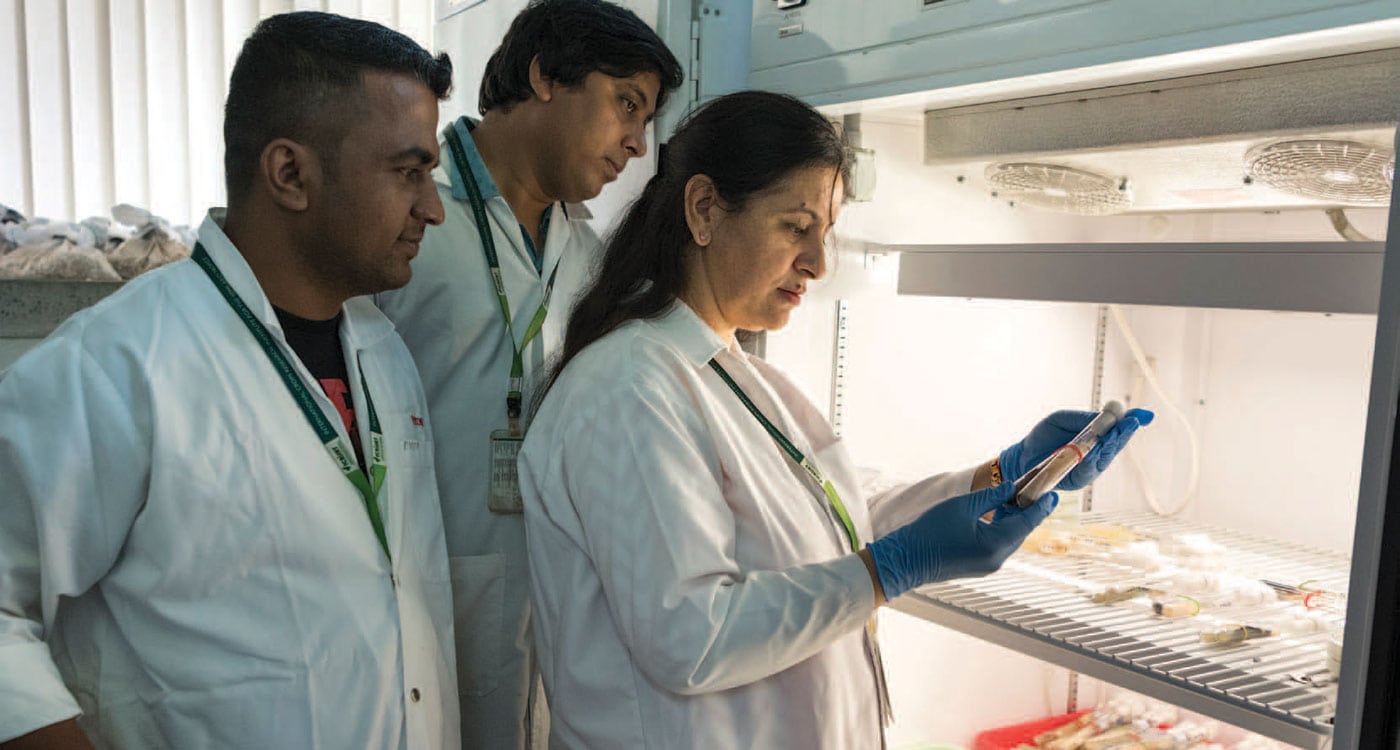 Photo: File photo of Dr Mamta Sharma and her team at work in the pathogen lab. Photo: S Punna, ICRISAT

A soil-borne pathogen, new to chickpea growing regions in India, was detected during a real-time survey being conducted regularly to study the spike in soil-borne diseases. After intensive morphological and molecular characterization, the pathogen was identified as Ectophoma multirostrata – which to the best of our knowledge, this is the first report of E. multirostrata causing root rot of chickpea worldwide. The sequence of this new pathogen was submitted to the National Center for Biotechnology Information GenBank database and the findings were published in Plant Disease , a leading international journal for rapid reporting of research on new, emerging, and established plant disease.

Read more on the origin of this pathogen, and local government efforts to address this: http://gldc.cgiar.org/soil-borne-pathogen-new-to-chickpea-growing-regions-in-india-detected-2/