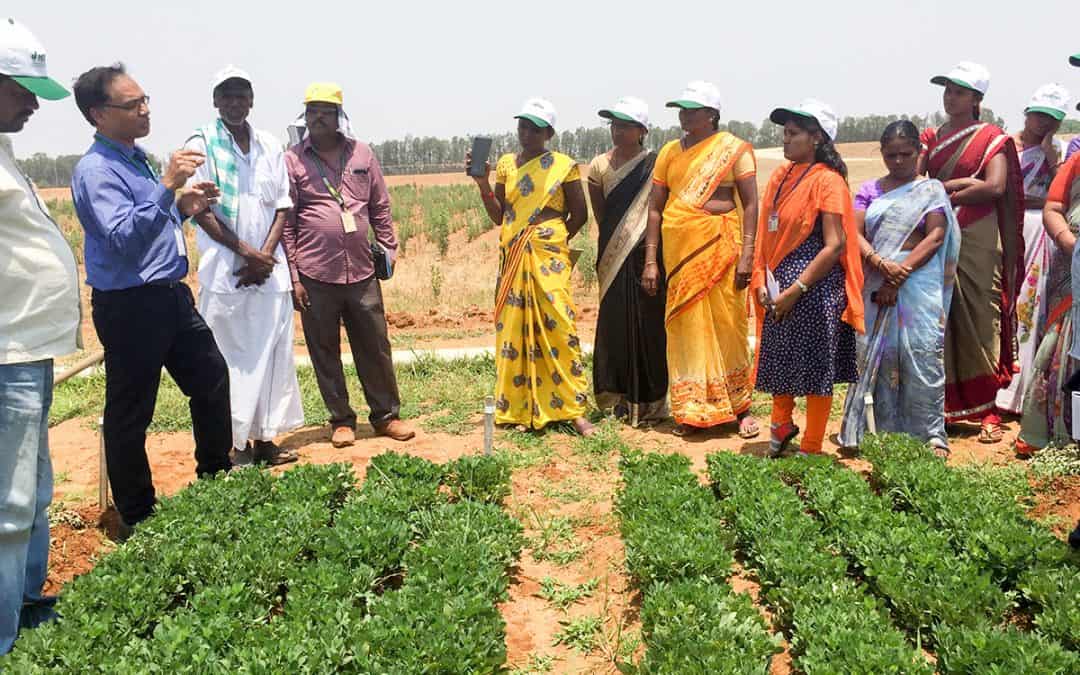 Groundnut cultivation in Telangana, India, could soon make gigantic leaps of improvement as a recently-launched entrepreneurship initiative is set to amplify the reach of enhanced seed varieties.

“In Telangana, more than 85% of the total groundnut cultivation is the in post-rainy season when seed demand is high and the formal seed system is unable to the supply desired quantity. Farmers are forced to source seeds from neighboring states,” Dr MV Nagesh Kumar, Professor, Professor Jayashankar Telangana State Agricultural University (PJTSAU), said. He pointed out that the seed production during rainy season is crucial to meet seed demand in a regular season in the state.

To help farmers transition to entrepreneurship, training programs are being conducted in quality groundnut seed production and marketing to achieve increased productivity and profitability from cultivation. New varieties like GJG 32 (ICGV 03043), a high-yielding and farmer preferred variety, are being introduced.

During a workshop conducted at ICRISAT in April, about 20 groundnut farmers from Gadwal and Nagarkurnool districts of Telangana participated. Based on knowledge and skills, resource availability and interest in seed production, farmers were selected for entrepreneurship.

“As a result of the trainings, we expect the improved seed varieties to cover 100 hectares after the first round itself,” said Dr P Janila, ICRISAT’s Principal Groundnut Breeder.

Ms K Pramila, a participant in the program who owns 0.40 ha land in Shampalle village where she adopted groundnut farming, said, “I was not aware of the latest techniques in groundnut production before attending the training program. I can now produce seeds of high quality and sell then to other farmers, besides retairing some for my farm.”