Scientists reveal the hybrid origin of the white Guinea yam 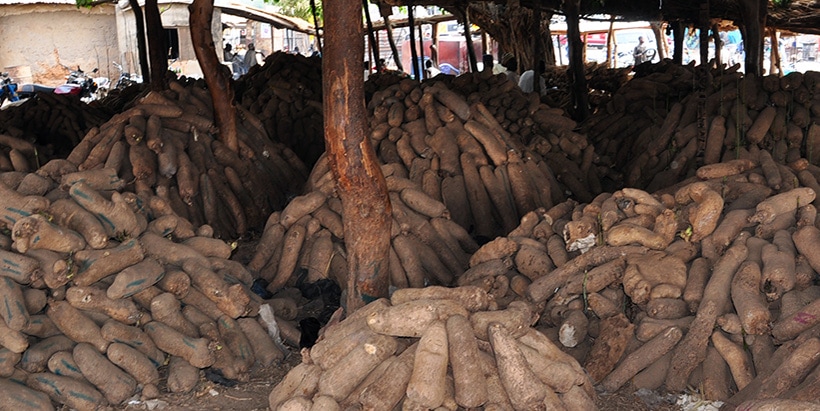 An international team of scientists has revealed the origin of the most popular food staple in Africa, the white Guinea yam.

Yam is a major staple widely consumed in West Africa. This starchy tuber is an important food crop that contributes to the sustenance and sociocultural lives of over 300 million people in the region. Many species of yam are grown in Africa, of which white Guinea yam (Dioscorea rotundata Poir) is indigenous to West Africa. Despite its importance, relatively little is known about the white Guinea yam, especially at the genetic level, leading to its being branded as an “orphan crop.”

Yam cultivation is hampered by many challenges, including pests and diseases, postharvest losses and the need to develop more sustainable systems of farming for the crop. To efficiently improve Guinea yam, the genetic diversity of the species and its relationships with wild relatives need to be understood to allow breeders to identify genes controlling useful traits that could be rapidly transferred to elite cultivars by cross breeding.

In 2017, Iwate Biotechnology Research Centre (IBRC), Japan in collaboration with the International Institute of Tropical Agriculture (IITA) succeeded in decoding the whole genome sequence of a Guinea yam plant consisting of 600 million letters of genetic information, setting the stage for improving the crop using genomics information.